WASHINGTON, Oct. 30 (Xinhua) -- US State Department said Tuesday that it is considering rendering sanction waiver to countries that keep buying oil from Iran on a case-by-case basis. 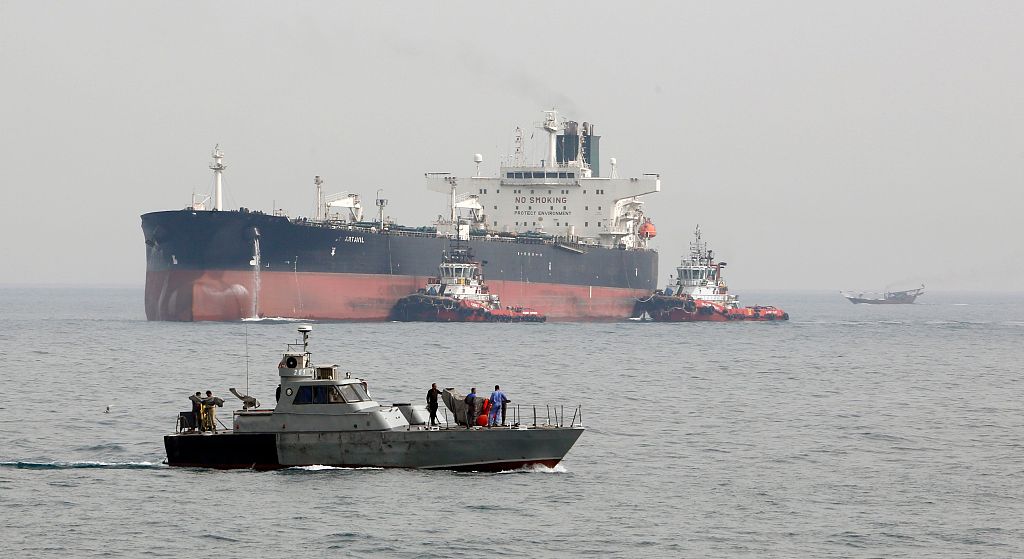 Although the US goal remains to get countries to buy zero oil "from Iran as quickly as possible" and is "determined to implement our policy of maximum pressure on Iran," it is "prepared to work with countries that are reducing their imports on a case-by-case basis," Robert Palladino, deputy spokesman of State Department, said at a press briefing.

"The United States government currently is in the middle of an internal process to consider significant reduction exemptions for individual countries," he said.

However, he refused to tell the media which countries will be given the waiver.

The South Korean media reported earlier that US Secretary of State Mike Pompeo, during an earlier telephone call with his South Korean counterpart, was asked a waiver regarding US sanctions over Iran.

While confirming the phone call, Palladino refused to reveal the contents of the two top diplomats' conversation, only saying that "we are prepared to work with countries that are reducing their imports on a case-by-case basis, and I would leave it at that."

Washington has intensified its sanctions against Iranian entities and individuals after President Donald Trump decided to exit the Iran nuclear deal in May, a move that has been widely criticized by the international community.

The first part of US sanctions, targeting Iran's automotive sector, trade in gold, and other key metals, snapped back in August.

The remaining will be conducted on Nov. 4, targeting Iran's energy sector and petroleum-related transactions, as well as transactions with the Central Bank of Iran.

In his recent interview with the US media on Friday, Pompeo said: "the most stringent sanctions ever in place against Iran by the United States of America will come back into effect on the morning of the 5th of November."

The Trump administration has also tried to delegitimize the Iranian government and vowed to press other nations to isolate Iran.