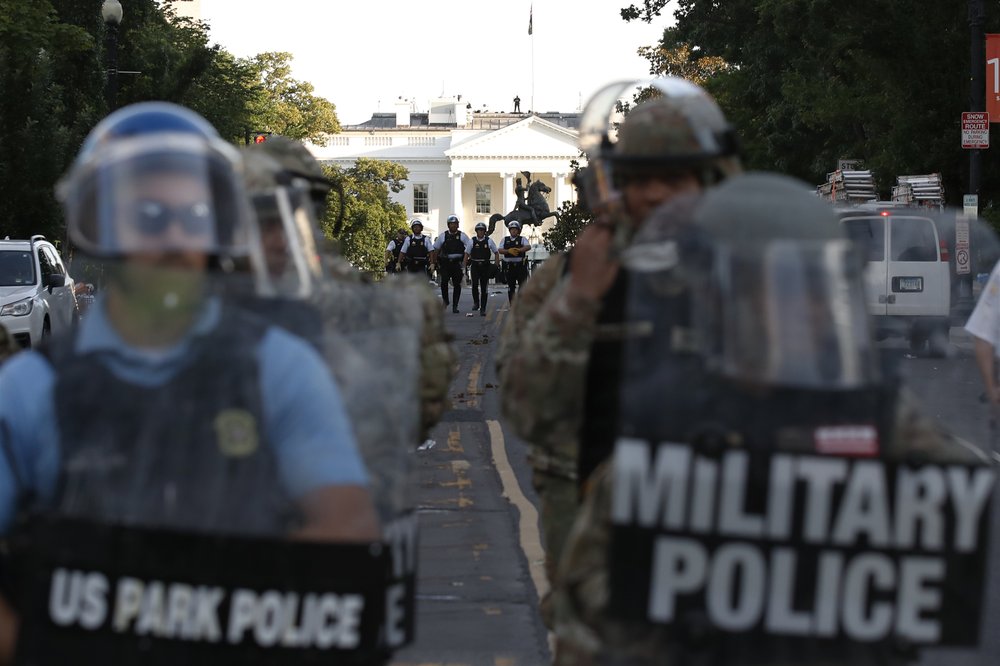 Washington (People’s Daily) - During a conference call with reporters on Sunday, US Army Secretary Ryan McCarthy said about 5,000 National Guard troops in Washington DC would withdraw in the next three days as the ongoing protests had “become peaceful in nature.”

About 1,200 troops from the District of Columbia National Guard will remain on duty “in the coming days,” said McCarthy in support of public law enforcement.

US President Donald Trump also said that he had ordered National Guard troops to begin withdrawing from the nation’s capital.

On Twitter, Trump said the National Guard would withdraw “now that everything is under perfect control.”

“They will be going home, but can quickly return, if needed,” Trump tweeted, adding that “far fewer protesters showed up last night than anticipated!”

Trump has threatened to militarize the government’s response to the nationwide protests. National Guard helicopters flew low over demonstrators to disperse crowds, and troops were stationed outside of the capitol building. The president’s latest words signal a retreat from earlier threats.

Those actions combined with threatening to send military troops into US states to control the protests ignited by the death of a black man who died while in custody prompted dissent from former military leaders and discord inside the Trump administration.

“We have a military to fight our enemies, not our own people,” retired Navy Admiral Mike Mullen, who was the top military adviser to Presidents George W. Bush and Barack Obama, told Fox News Sunday.

Washington DC Mayor Muriel Bowser called the Trump administration’s deployment of troops to the nation’s capital “an invasion.” Echoing the mayor’s sentiments, retired US military commanders agreed that ground troops should have never been deployed.