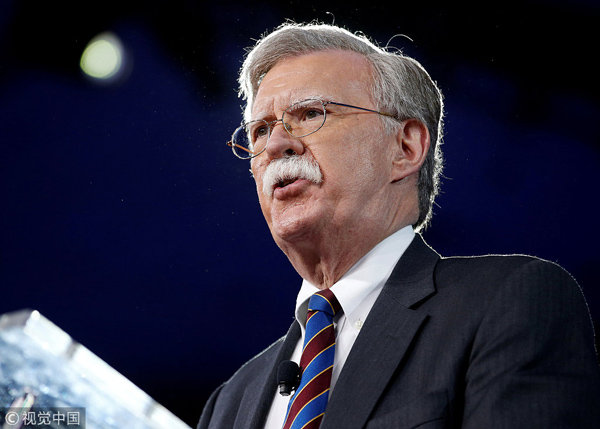 "As far as we know, indeed, such a trip will take place," Peskov told reporters at a daily briefing, giving no more details.

He made the remark in response to media reports that Bolton planned to visit Russia ahead of a possible meeting between Russian President Vladimir Putin and US President Donald Trump on the eve of the North Atlantic Treaty Organization Summit in Brussels on July 11-12.

Peskov did not comment on the possibility of a Putin-Trump meeting.

Earlier in the day, Russian Foreign Minister Sergei Lavrov also declined to comment on media reports about the meeting.

"Everybody knows that we are ready for contacts. If we have an agreement on a senior or top level meeting, it will be made public in due time," Lavrov said.

The Russian and US presidents have repeatedly expressed their interest in having a meeting since they last got together on the sidelines of the G20 Summit in Hamburg in July 2017.

Earlier this month, Trump said Russia should be invited back into the Group of Seven.