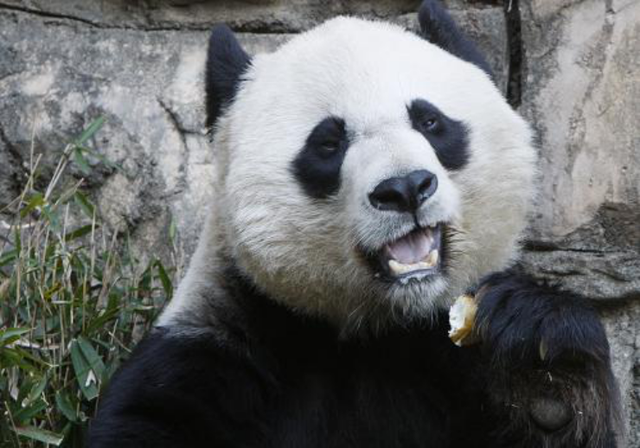 WASHINGTON, Aug. 23 (Xinhua) -- Giant Panda Mei Xiang, who gave birth to a new cub two days ago, "is being an excellent and attentive mother," said the Smithsonian's National Zoo here on Sunday.

In an update, the national zoo said Mei Xiang "has already established positions for nursing and sleeping," behaviors that the giant panda team said they were happy to see.

The 22-year-old mother and her newborn are "getting into a good routine," the update wrote. The zoo's assistant curator Laurie Thompson also observed that Mei Xiang seems to be able to get more rest with this cub.

The cub, which was born on Friday, has been vocalizing regularly with grunts and squeals since birth. According to the update, it appears to be strong and healthy so far.

Veterinarians confirmed evidence of a fetus on an ultrasound earlier this month, which was a surprise even for professionals, considering a very low fertility rate for giant pandas and particularly Mei Xiang's age.

Mei Xiang, which has been living in the U.S. zoo since her arrival with Tian Tian in late 2000, has given birth to three cubs that have survived to adulthood.

The zoo, located in Northwest Washington, D.C., has a cooperative breeding agreement with the China Wildlife Conservation Association.