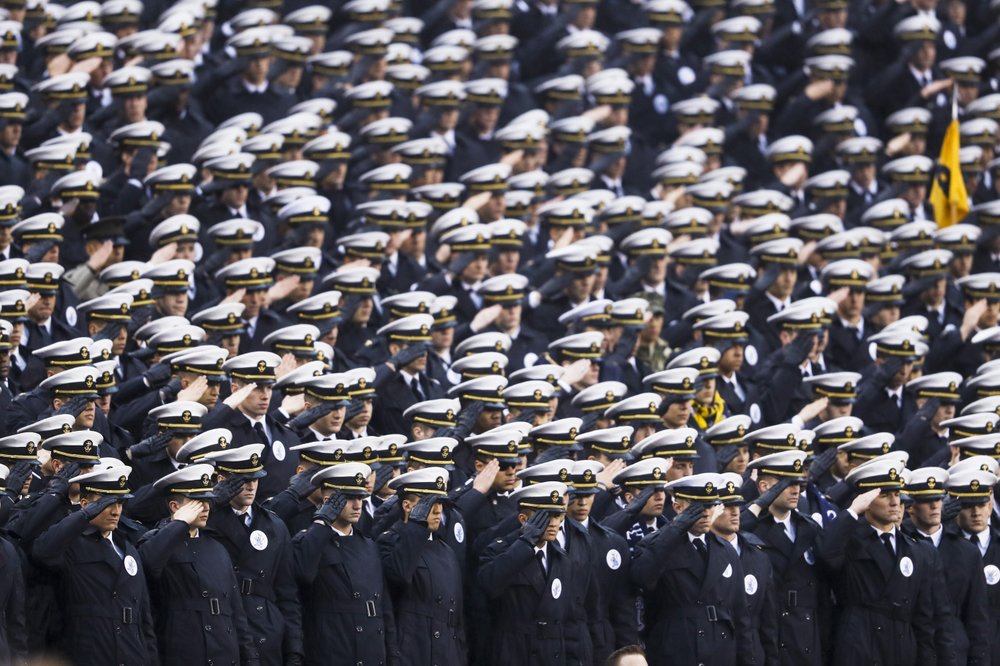 The U.S. Naval Academy has appointed an officer to conduct an internal investigation into possible “white power” hand gestures flashed by students during a broadcast before the Army-Navy football game, an academy spokeswoman said Sunday.

“Based on findings of the investigation, those involved will be held appropriately accountable,” Cmdr. Alana Garas, a spokeswoman for the academy in Annapolis, Maryland, said via email. “It would be inappropriate to speculate any further while we are conducting this investigation.”

Lt. Col. Chris Ophardt, a spokesman for the U.S. Military Academy at West Point in New York, said officials there were also looking into the matter. “At this time we do not know the intent of the cadets,” he said.

West Point cadets and Naval Academy midshipmen in the stands appeared to display the hand sign during an ESPN broadcast segment. The gesture is similar to the one used to indicate “OK,” with the thumb and forefinger in a circle and the three other fingers splayed out behind.

The Anti-Defamation League recently added the sign to its database of hate symbols. It started as a trolling campaign on the internet message board 4chan, which tried to dupe viewers into thinking the fingers of the “OK” sign formed the letters “W” and “P” to mean “white power,” but the league said extremists had adopted it as a sincere expression of white supremacy.

Brenton Tarrant, the Australian man charged with killing 51 people at New Zealand mosques in March, flashed the symbol during a courtroom appearance.

In September, West Point removed a motto from a spirit flag used by the school’s football team because of its connection to white supremacist groups. The academy said the letters GFBD, which stand for “God Forgives, Brothers Don’t,” had been on a skull and crossbones flag used since the mid-1990s to emphasize teamwork, loyalty and toughness. The academy removed the letters after being made aware the phrase is also associated with extremist groups.