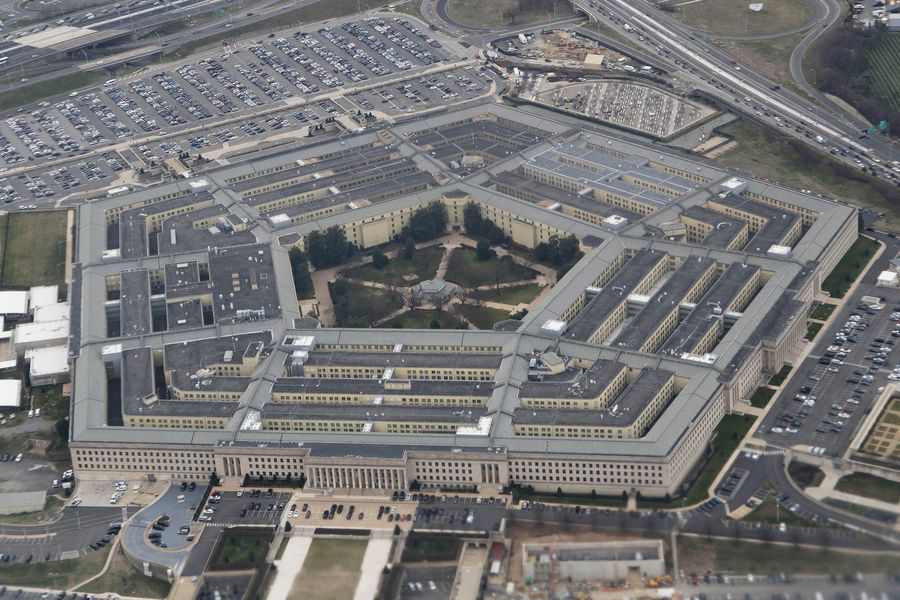 Photo taken on Feb. 19, 2020 shows the Pentagon seen from an airplane over Washington D.C., the United States. (Xinhua/Liu Jie)

Acting Secretary of U.S. Navy Thomas Modly has been under mounting pressure from Democrats to step down, after he made profanity-laced comments on Brett Crozier, captain of aircraft carrier USS Theodore Roosevelt who was recently dismissed.

WASHINGTON, April 7 (Xinhua) -- Acting Secretary of the U.S. Navy Thomas Modly reportedly resigned Tuesday after being forced to do so over his firing an aircraft carrier captain, who alarmed high-ranking officials about a novel coronavirus outbreak on board and pleaded for help.

Multiple U.S. media reported about Modly's resignation, which was accepted by Defense Secretary Mark Esper, and which took effect immediately.

Modly has been under mounting pressure from Democratic lawmakers -- including House Speaker Nancy Pelosi -- to step down, after he made profanity-laced comments on Brett Crozier, captain of aircraft carrier USS Theodore Roosevelt who was recently dismissed.

Addressing the crew of the Roosevelt in Guam, where the ship now docks, Modly called Crozier either "too naive or too stupid" to command the nuclear-powered warship, remarks he apologized for late Monday at Esper's request.

"I apologize for any confusion this choice of words may have caused," he wrote in a written apology. "I also want to apologize directly to Captain Crozier, his family, and the entire crew of the Theodore Roosevelt for any pain my remarks may have caused."

Crozier sent a five-page internal letter last week to higher-ranking officials in the chain of command, pleading for help from the Pentagon to contain a COVID-19 outbreak aboard the Roosevelt by transferring 90 percent of the crew onto Guam for quarantine. The letter led to his removal announced last Thursday by Modly.

"I believe, precisely because he is not naive and stupid, that he sent his alarming email with the intention of getting it into the public domain in an effort to draw public attention to the situation on his ship," Modly wrote Monday, backtracking from his previous assertions.

"Sadly, Acting Secretary Modly's actions and words demonstrate his failure to prioritize the force protection of our troops," Pelosi said in a written statement Tuesday. "He showed a serious lack of the sound judgment and strong leadership needed during this time. Acting Secretary Modly must be removed from his position or resign."

Some 173 sailors on board the Roosevelt tested positive for the novel coronavirus as of Monday, including Crozier himself, according to media reports. Approximately 2,000 of the roughly 5,000 crew members have disembarked the ship, nearing the 2,700 tally planned for evacuation due to the virus outbreak.

Acting Undersecretary of the Army James McPherson has been tapped to succeed Modly in an acting capacity, several media outlets reported.