WORLD US needs to pay attention to relationship with Britain, Tillerson says

US needs to pay attention to relationship with Britain, Tillerson says 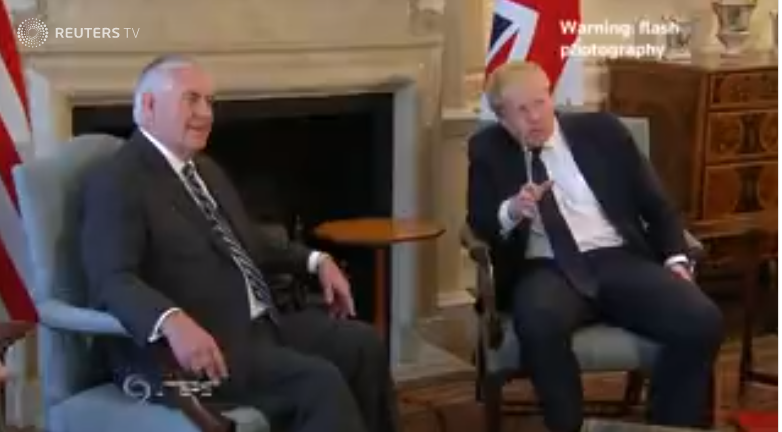 The United States needs to pay attention to its treasured relationship with Britain, US Secretary of State Rex Tillerson said on Monday just days after Donald Trump canceled a trip to London citing anger at the sale of an embassy.

Photo: Reuters Trump’s cancellation of his trip has raised questions in Britain over the links between Washington and its closest traditional ally in Europe -- widely called the “special relationship”.

More than a year into his presidency, Trump has yet to visit London and many British voters have promised to protest against a man they see as crude, volatile and opposed to their values on a range of issues.

“We treasure this relationship, and I treasure Boris’s relationship with me personally and the work that we do together on these many issues,” Tillerson told reporters.

A pillar of Britain’s foreign policy for a century, the special relationship with Washington has taken on added importance as Britain prepares to leave the European Union in 2019.

May and Tillerson discussed “continuing depth and breadth” of the special relationship, May’s office said.

They also touched on one of their most pressing diplomatic challenges: disagreement over the future of a landmark international deal to curb Iran’s nuclear ambitions. The deal has been cast into doubt by Trump, but Britain, along with France and Germany, wants to keep it. 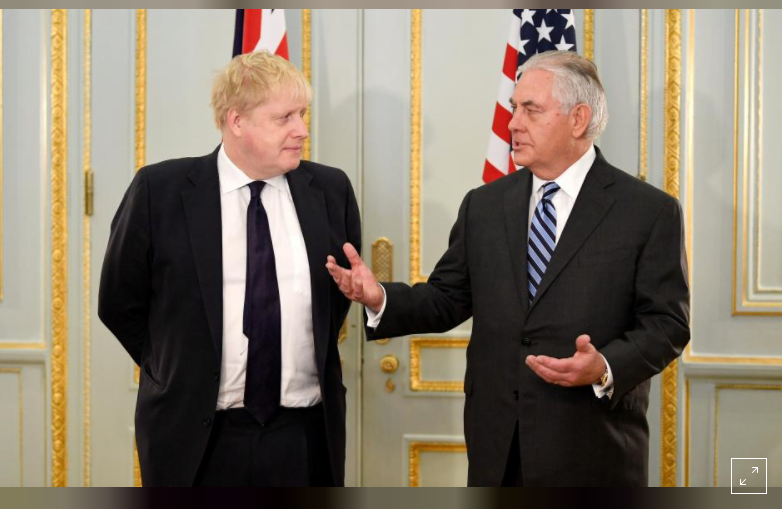 May was the first foreign leader to visit Trump after his inauguration in January last year, and they were filmed emerging from the White House holding hands. She later said Trump took her hand in a gentlemanly gesture as they walked down a ramp.

But British officials have been dismayed by some of Trump’s pronouncements, particularly a proposed ban on Muslims entering the United States and most recently when Trump rebuked May on Twitter after she criticized him for retweeting British far-right anti-Islam videos. 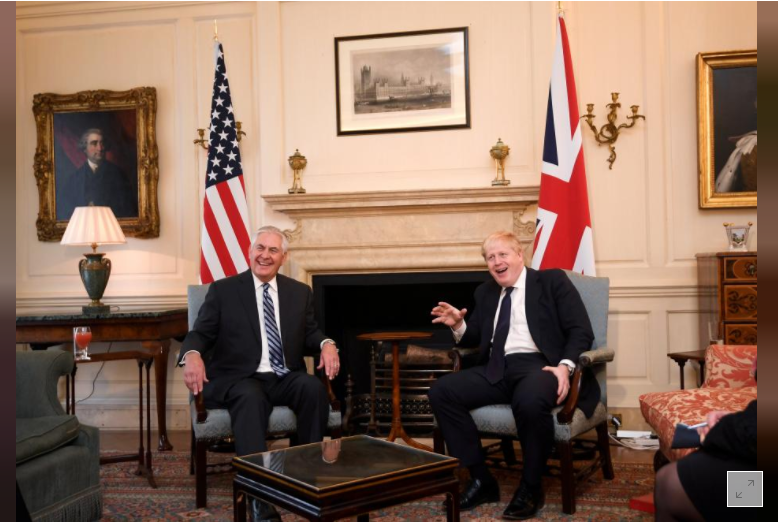 During May’s US trip a year ago, she extended an invitation to Trump to make a formal state visit - which includes pomp, pageantry and a banquet with Queen Elizabeth. The invitation was accepted, but no date for the visit has been set.

While in London, Tillerson visited the new $1 billion US embassy. Trump earlier this month criticized the move to new diplomatic premises as part of a bad deal agreed by the administration of Barack Obama.

Trump canceled a trip to London to open the new embassy, saying he did not want to endorse a bad deal agreed by the Obama administration to sell the old one for “peanuts”.

Tillerson was greeted by US Ambassador Woody Johnson as workers finished planting shrubs in the grounds of the new embassy. America’s top diplomat then met some of the marines who are stationed at the embassy.

Asked when there would be a ribbon cutting ceremony, Ambassador Johnson said: “At some point we’re going to do it, but there’s no urgency to that. We’ll do it when the time is right.”