WORLD US' next relief aid bill rife with politics

US' next relief aid bill rife with politics 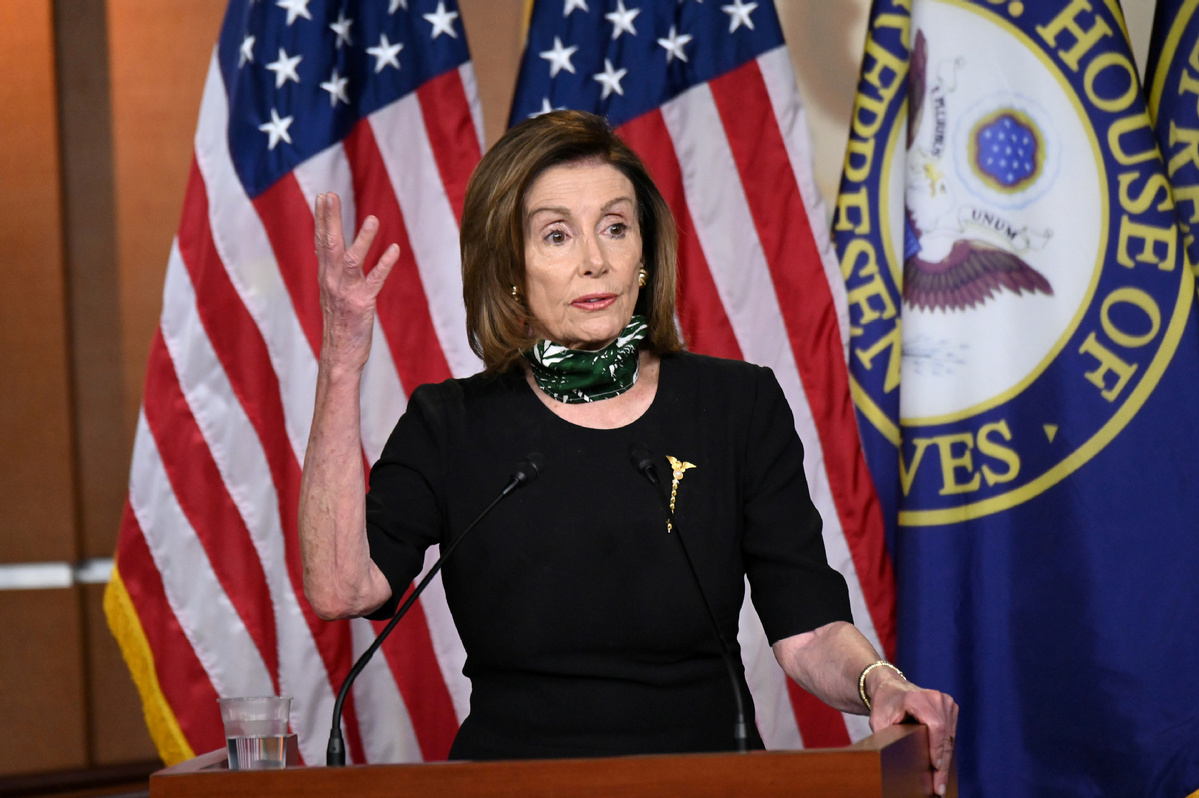 Unemployment in the United States is rising, retail sales are plunging, industrial production is sagging, and Congress is squabbling about what should be included in a second stimulus bill intended to mitigate the effects of the economic shutdown due to the coronavirus pandemic.

If signed into law, the $3 trillion Health and Economic Recovery Omnibus Emergency Solutions Act (HEROES) will be a follow-up to the $2 trillion Coronavirus Aid, Relief and Economic Security Act (CARES).

The political battle lines are sharp. The House bill, proclaimed dead on arrival in the Senate and by President Donald Trump, is unlikely to become law without substantial revisions.

Trump has said he's open to a second stimulus package, but not to bail out what he called poorly run states or to prop up underfunded pension plans.

The House passed the bill late Friday by a 208-199 vote. Fourteen Democrats, including many elected from swing districts in 2018, voted against the measure. One Republican voted for it.

"The plan that we are voting on today will make a tremendous difference not only in the budgets in the states, but in the lives of the American people," House Speaker Nancy Pelosi, a California Democrat, said.

"It's a parade of absurdities that can hardly be taken seriously," Senate Majority Leader Mitch McConnell, a Kentucky Republican, told Fox News on Thursday.

Both sides appear to be staking out positions for the fall campaign.

Trump, believing workers should keep more of the money they earn, wants to cut the payroll tax, a measure opposed by Democrats.

Democrats want more funding for state and local governments facing a cash crunch. As sales and income tax revenue has fallen during the shutdown, expenses have soared.

Republicans counter that federal money shouldn't be used to cover bad decisions by states, including bailing out pension funds or compensating for a shrinking tax base as high taxes and regulations drive companies to pro-business states.

Illinois, a state dominated by Democrats, has high taxes and spending that has driven its bond rating down to one notch from a junk rating. That means the state's bonds are considered risky, and Illinois therefore must pay a higher interest rate to borrow, leaving less money for projects.

But Illinois is not alone in facing a budgetary crisis during the pandemic.

Before the coronavirus struck, Ohio had a $200 million surplus. But when the economy largely shutdown, the state was soon $777 million in the red.

A coalition of Democrats said state and local governments need $1 trillion in federal aid. The alternative, they argue, is cutting basic services and laying off key personnel, including police, firefighters and teachers.

Earlier, McConnell said states should be allowed to go bankrupt. But the law is unclear on the point, and some legal scholars believe a constitutional amendment would be needed before states could reorganize their finances under bankruptcy protection.

The House bill doesn't include additional funds for the Paycheck Protection Program enacted in the first stimulus package. The program is intended to help private businesses keep workers on the payroll.

However, the measure would extend the extra $600 in unemployment benefits through Jan 31, 2021. Republicans argue this would mean that as much as 50 percent of the US workforce would earn more by staying home than by returning to work.

That, Republicans say, would lock in a high unemployment rate and slow the recovery.