WORLD US not 'afraid to tackle' Iran regime at 'highest level': Pompeo

US not 'afraid to tackle' Iran regime at 'highest level': Pompeo

The United States is not "afraid to tackle" Iranian officials with sanctions at the "highest level" of its government, Secretary of State Mike Pompeo said on Sunday. 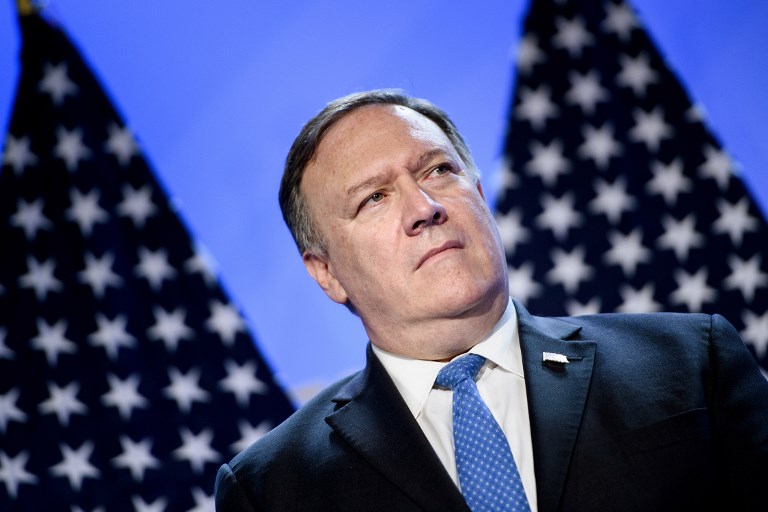 Following the US withdrawal from the Iran nuclear accord that stunned even Washington's closest European allies, Pompeo on May 21 unveiled a "new strategy" intended to force Iran to yield to a dozen stringent demands.

"We weren't afraid to tackle the regime at its highest level," Pompeo said in a speech in California, referring to sanctions leveled in January against Sadeq Larijani, the head of Iran's judiciary.

Pompeo also confirmed that Washington wants all countries to reduce their imports of Iranian oil "as close to zero as possible" by November 4, part of US efforts to increase economic pressure on Tehran.

US President Donald Trump on May 8 decided to restore all the sanctions that had been lifted as part of a multi-national agreement, signed on to by former president Barack Obama's administration, in exchange for curbs on Iran's nuclear program.

"Regime leaders -- especially those at the top of the IRGC and the Quds Force like Qasem Soleimani -- must be made to feel painful consequences of their bad decision making," the top US diplomat said, referring to Iran's special forces and Revolutionary Guards.