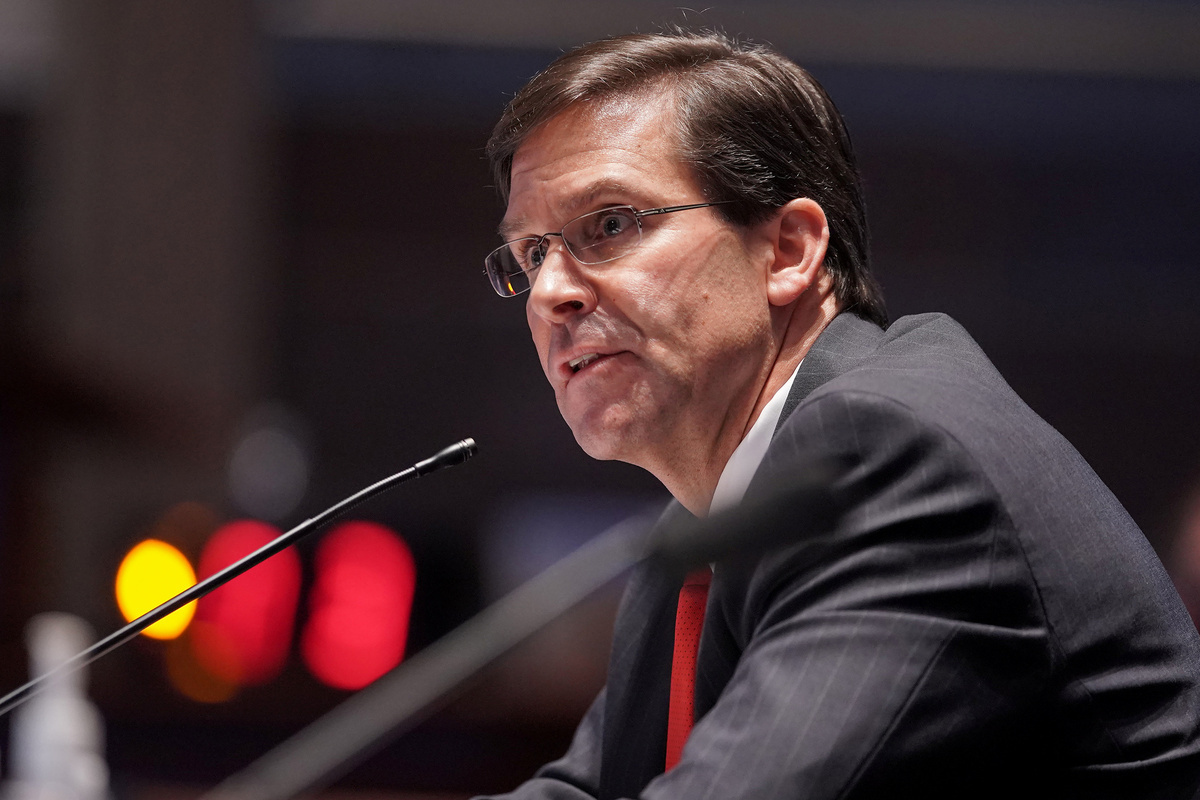 US Secretary of Defense Mark Esper has said US media reports that the United States is contemplating drone strikes on Chinese islands in the South China Sea go against the fact, Ministry of National Defense spokesman Senior Colonel Wu Qian said on Thursday.

"The US side said it has no intention of creating a military crisis with China," Wu said, adding the US side had also said it was willing to build stable and constructive Sino-US military-to-military relations by creating necessary mechanisms to reduce risks, enhance dialogue and carry out cooperation in areas of mutual interest.