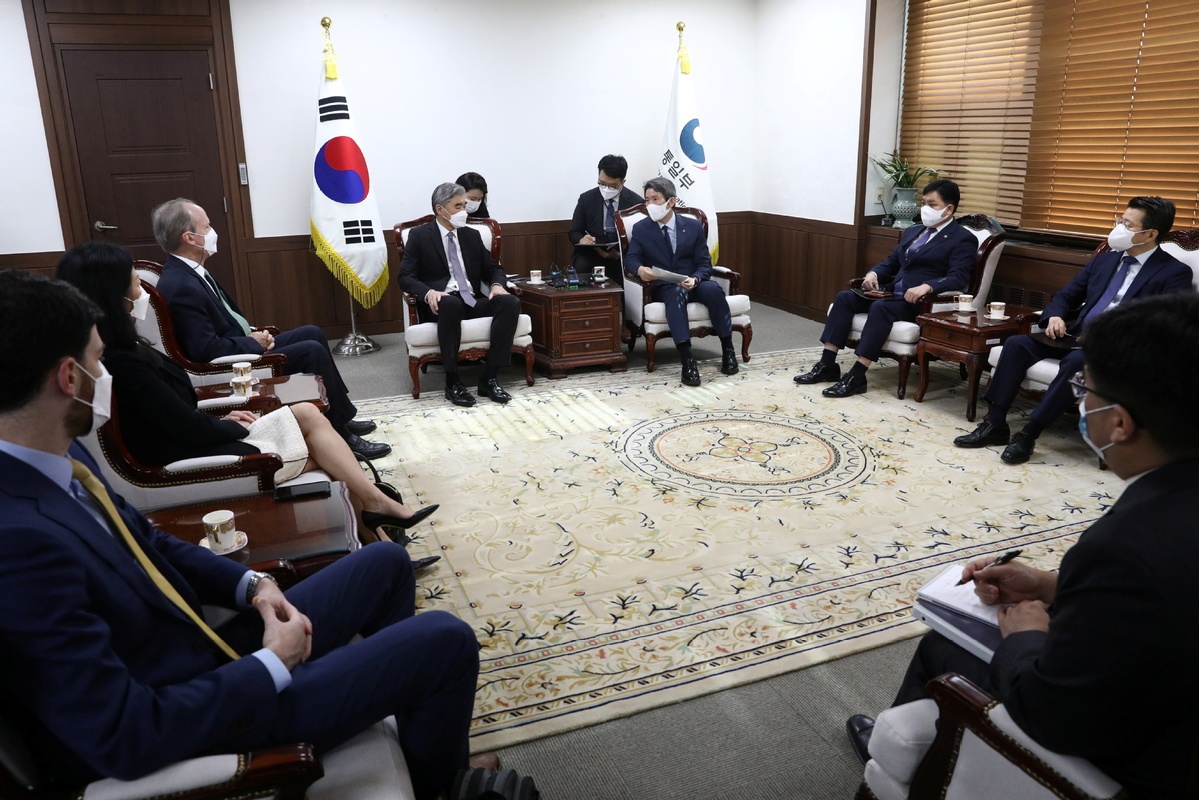 US Special Representative for the DPRK, Sung Kim (center, L) talks with ROK Unification Minister Lee In-young (center, R) during their meeting at the unification ministry on June 22, 2021 in Seoul, the ROK. (Photo: agencies)

Sung Kim, the newly appointed US special representative for the DPRK, said during the talks with ROK Unification Minister Lee In-young that the United States supports "meaningful" inter-Korean dialogue, cooperation and engagement.

Kim said the United States and the ROK are "very closely aligned" on all aspects of the DPRK policy, noting that the two countries agreed on the shared commitment to pursuing the Korean Peninsula's complete denuclearization.

Minister Lee said the ROK and the United States need to move actively and quickly for the rapid resumption of dialogue, noting that the very significant "watershed" moment came to change into a mode of dialogue.

Lee said the two countries can jointly push for inter-Korean cooperation projects such as humanitarian aid, reunions of the separated families during the 1950-53 Korean War, and efforts to tackle the COVID-19 pandemic.

The US envoy arrived here Saturday for a five-day visit, marking his first trip since he took office last month.

Kim held the trilateral talks with his ROK and Japanese counterparts Monday, calling for a positive response from the DPRK over its offer to "meet anywhere, anytime without preconditions".

Denuclearization talks between Pyongyang and Washington have been stalled since the second summit between top DPRK leader Kim Jong-un and former US President Donald Trump ended without agreement in February 2019 in the Vietnamese capital of Hanoi.