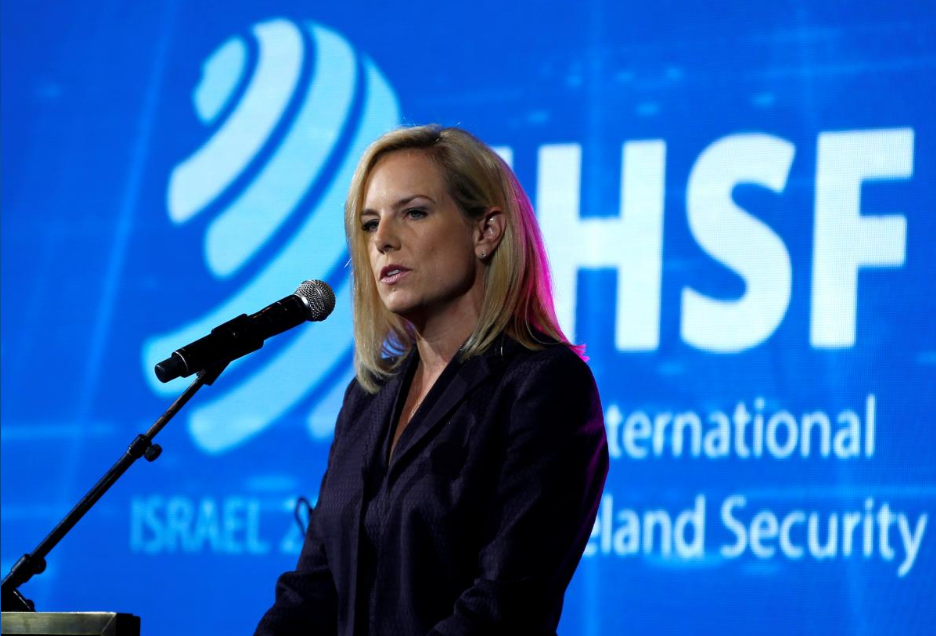 US Homeland Security Secretary Kirstjen Nielsen inspected Israel’s fenced-off border with Egypt on Tuesday for ideas for the US border with Mexico, where President Donald Trump has pledged to build a wall, Israel Radio reported.

Trump has said the United States needs a wall along its 3,200-km (2,000-mile) southern border to prevent illegal immigrants entering from Mexico and that Mexico should pay for the project. Mexico has rejected that idea and the funding dispute has stirred US domestic dissent.

Nielsen confirmed her visit in remarks to an international homeland security conference in Jerusalem later in the day.

“Border security is national security. Our Israeli partners know that better than anyone and I was fortunate today to see the incredible work they’re doing to keep their territory and citizens safe,” she said.

A US official told Reuters: “She understood the challenges and opportunities that exist there.”

The US Department of Homeland Security declined comment. In a June 8 statement, it had said that while traveling in Israel this week Nielsen would “receive an operational briefing on Israeli border infrastructure technology and systems”.

The razor wire-lined Israeli fence, which is between 5 meters and 8 meters (15 feet and 24 feet) in height, was erected over three years along the 230-km (143-mile) frontier with Egypt’s Sinai desert. It cost Israel around $380 million.

Israel credits the fence with stemming an influx of African migrants and infiltration by Islamic State-linked militants.

In March, Trump signed a federal spending bill from Congress that contained $1.6 billion to pay for six months of work on his wall. He had asked for $25 billion for it.