WORLD US official says troop withdrawal from Syria has started

US official says troop withdrawal from Syria has started

An American military official says the US-led military coalition has begun the process of withdrawing troops from Syria. 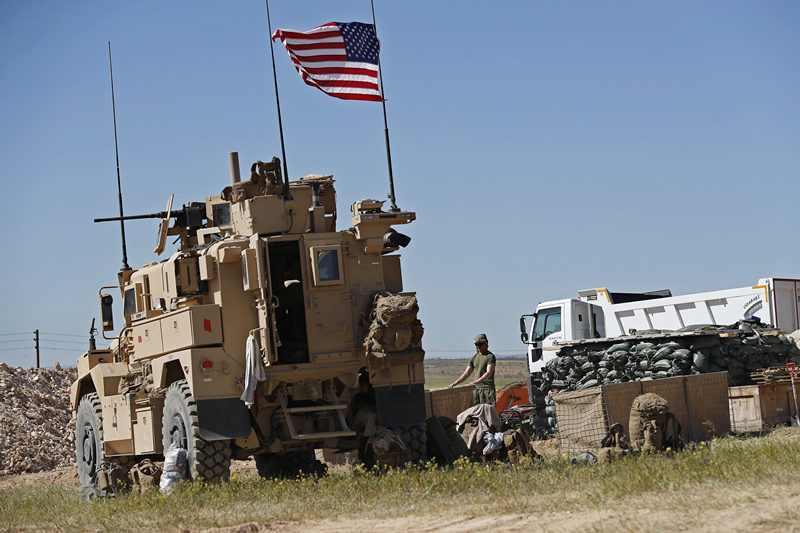 In this April 4, 2018 file photo, a U.S. soldier stands in a newly installed position near the front line between the U.S-backed Syrian Manbij Military Council and the Turkish-backed fighters, in Manbij, north Syria. (Photo: AP)

Col. Sean Ryan, spokesman for the US-coalition fighting the Islamic State group, says the US started "the process of our deliberate withdrawal from Syria."

In a statement emailed to The Associated Press on Friday, he declined to discuss specific timelines or locations or troops movements out of concern for operational security.

The Britain-based Syrian Observatory for Human Rights, which monitors the conflict in Syria through a network of activists on the ground, said the withdrawal began Thursday night. It said a convoy of about 10 armored vehicles, in addition to some trucks, pulled out from Syria's northeastern town of Rmeilan into Iraq.