The United States Olympic Committee said Monday it had begun moves to disband the country's governing body for gymnastics, accusing the sport's rulers of failing to grapple with the aftermath of the Larry Nassar sexual abuse scandal. 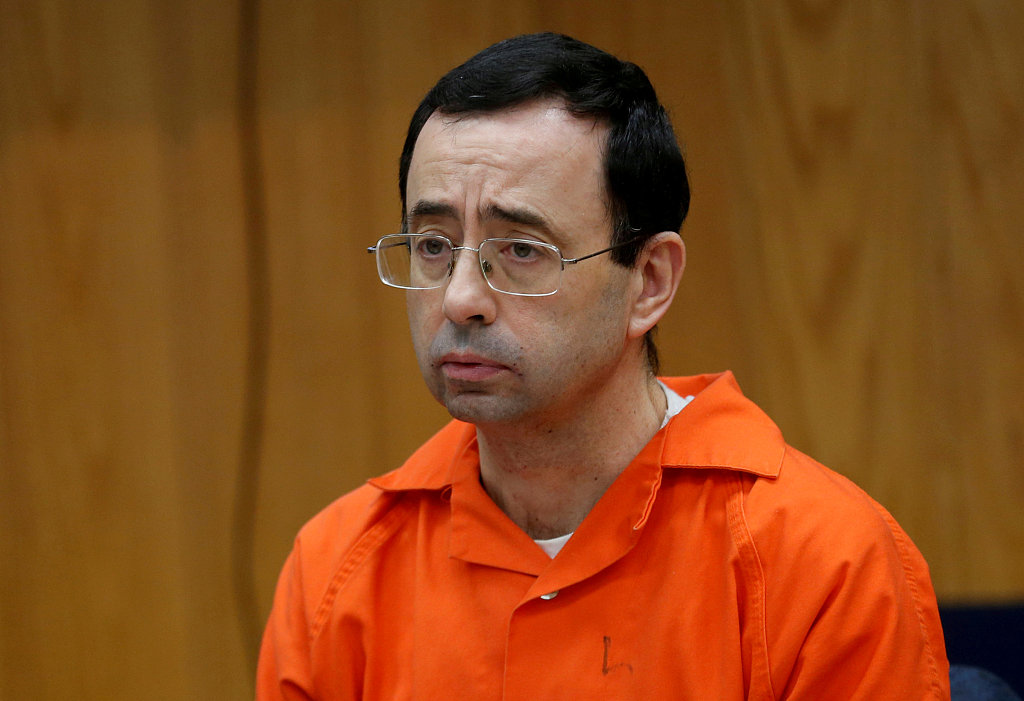 USOC chief executive Sarah Hirshland said in a statement Olympic chiefs had started formal proceedings to revoke USA Gymnastics' status as the governing body for the sport in the United States.

In an open letter addressed to US gymnasts, Hirshland said USA Gymnastics had failed to "change its culture, to rebuild its leadership, and to effectively serve its membership."

"You deserve better," Hirshland told gymnasts in the letter.

USA Gymnastics has lurched from one self-inflicted debacle to the next as it has struggled to rebuild in the wake of the Nassar abuse case, the worst scandal in US Olympic history.

Former US team doctor Nassar was jailed for life earlier this year after abusing more than 250 athletes, including several stars of the United States' gold medal-winning teams at the 2012 and 2016 Olympics.

The beleaguered governing body, which had been accused of covering up Nassar's crimes, has been in a state of perpetual crisis ever since the scandal erupted. 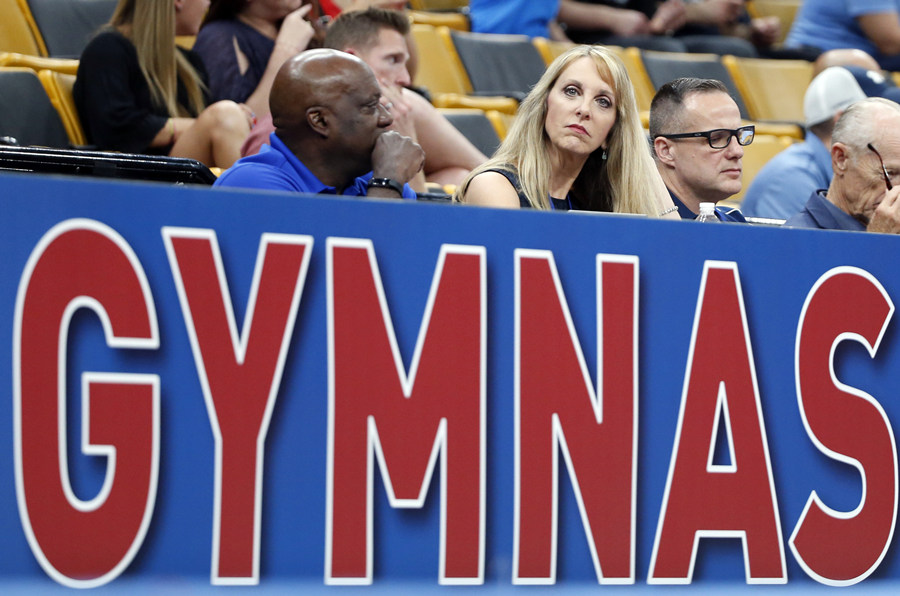 Bono had taken over from chief executive Kerry Perry, who had resigned after just nine months after criticism of her performance by USOC.

Perry's departure came after the appointment and swift resignation of elite coach Mary Lee Tracy -- who had made comments supportive of Nassar in 2016 when allegations of abuse against him had begun to emerge.

USOC had warned it was prepared to take the ultimate sanction of revoking USA Gymnastics' status as a governing body unless it put its house in order.

In January, USA Gymnastics board of directors resigned en masse at the behest of USOC.

In her letter to US gymnasts on Monday, Hirshland said Olympic chiefs had given up hoping that USA Gymnastics was capable of reforming itself in the post-Nassar era.

Hirshland said USOC had concluded that "the challenges facing the organization are simply more than it is capable of overcoming in its current form."

"We have worked closely with the new USAG board over recent months to support them, but despite diligent effort, the NGB continues to struggle," Hirshland said.

"And that's not fair to gymnasts around the country. Even weeks ago, I hoped there was a different way forward. But we now believe that is no longer possible."

USOC's complaint seeking to dissolve USA Gymnastics in its present form will now go before a review panel which will convene a hearing on the case.

The review panel will issue a report and give a recommendation which will then go before the USOC board of directors, who will determine whether or not to formally strip USAG of its governing body status.

The move to decertify USA Gymnastics was welcomed by Rachael Denhollander, the first gymnast to come forward with allegations of abuse against Nassar.

"After overseeing the abuse of 100's of children by Larry, national coaches and club coaches, it is high time for this organization to end and a new one, truly dedicated to athlete safety, to begin," Denhollander wrote on Twitter.

"A COMPLETE regimen change should start now. This is for every survivor."

Hirshland meanwhile stressed that US gymnasts would continue to compete in events as normal, with the full support and backing of the Olympic committee.

"In the short-term, we have to work to ensure that USAG gymnasts have the support necessary to excel on and off the field of play.

"We are building plans to do just that. In the long-term, it will be the critically important responsibility of the recognized Gymnastics NGB, whether the existing organization or a new one, to lead gymnastics in the United States and build on the supportive community of athletes and clubs that can carry the sport forward for decades to come.

"We are prepared to identify and help build such an organization."