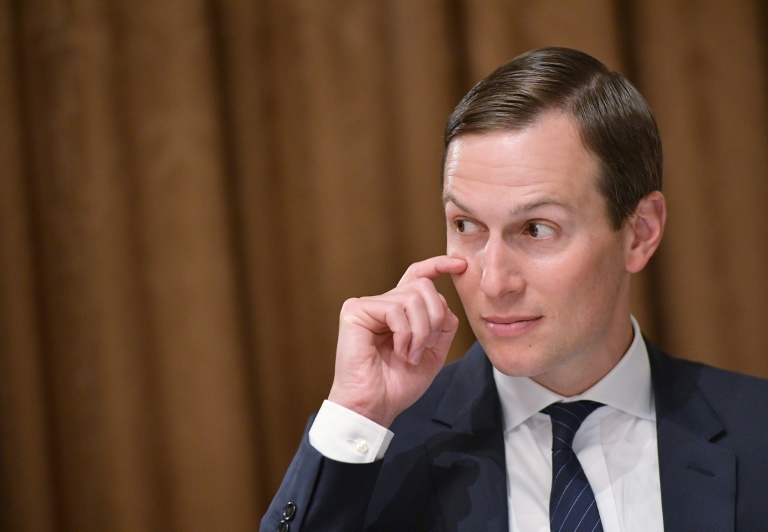 Jared Kushner, President Donald Trump's son-in-law and adviser, is leading his Middle East peace push that will debut in Bahrain after an extended delay (Photo: AFP)

The United States said Saturday that its Middle East peace plan to be presented next week in Bahrain aims to raise more than $50 billion for the Palestinians and create one million jobs for them within a decade.

Unveiling details for the first time of its long-awaited peace initiative, President Donald Trump's administration said it was looking to attract unprecedented international investment to the Palestinians and to dramatically improve infrastructure, education and internal governance in the West Bank and Gaza Strip.

The conference Tuesday and Wednesday in Bahrain, led by Trump's son-in-law and adviser Jared Kushner, is the opening of the US government's delayed peace effort, which officials say will later include a political component.

But the Palestinian Authority is boycotting the so-called Peace to Prosperity workshop and a senior official swiftly rejected the plan, charging that the unabashedly pro-Israel Trump is seeking to buy off the Palestinians and deprive them of an independent state.

The White House cast the plan -- to be discussed in more detail in Bahrain with finance chiefs of oil-rich Gulf Arab states -- as "the most ambitious and comprehensive international effort for the Palestinian people to date."

"For too long the Palestinian people have been trapped in inefficient frameworks of the past," Kushner said in a statement.

"The Peace to Prosperity plan is a framework for a brighter, more prosperous future for the Palestinian people and the region and a vision of what is possible if there is peace," he said.

The White House said the plan aimed to raise more than $50 billion over a decade, with a goal of more than doubling Palestinian gross domestic product.

The White House said the initiative had the power to create more than one million Palestinian jobs -- bringing the unemployment rate down to the single digits, in line with developed economies -- and reduce the poverty rate by 50 percent.

It said that money would be administered by a multinational development bank -- not the Palestinian Authority -- as a way to ensure better governance and prevent corruption.

Senior Palestinian official Hanan Ashrawi quickly rejected the plan, saying the United States should instead press Israel to allow the Palestinians to thrive.

"First lift the siege of Gaza, stop the Israeli theft of our land, resources and funds, give us our freedom of movement and control over our borders, airspace, territorial waters etc. Then watch us build a vibrant prosperous economy as a free and sovereign people," she tweeted.

The Palestinian leadership is deeply distrustful of Kushner, a family friend of Israeli Prime Minister Benjamin Netanyahu, and Trump, who has taken a series of landmark steps to support Israel including recognizing bitterly divided Jerusalem as its capital.

US officials have hinted that the political part of the plan -- which could come out as late as November, after Israel holds new elections and forms a government -- will not mention the creation of an independent Palestinian state, a goal of decades of US diplomacy.

"It looks good. We're always in favor of developing the Palestinian economy and for the end of the humanitarian crisis," he told Israel's Channel 13.

After spending more than two years working on the plan, Kushner offered a framework full of specifics -- even lauding the ice cream of Ramallah in a section on promoting tourism.

But it remains unclear who will pay the bill for the Peace to Prosperity plan and whether Gulf Arabs -- who have increasingly found common cause with Israel due to their mutual hostility toward Iran -- will be willing to contribute even before a political settlement.

The economic plan said it also aimed to assist the Gaza Strip, despite the Israeli blockade of the crowded and impoverished territory due to its control by the militant group Hamas.

Projects include a $590 million upgrade of Gaza's main power plant -- which the White House said would create tens of thousands of jobs and provide reliable energy for the first time in years -- and $500 million to build a world-class university in either Gaza or the West Bank.

It also called for a major push to develop tourism and some $900 million in grants to improve roads, cargo terminals and border crossings to link the Palestinian economy to its Arab neighbors -- but not to Israel, which has sought a physical separation from the territories.