WORLD US plane conducts observation over Russia under int'l treaty

US plane conducts observation over Russia under int'l treaty 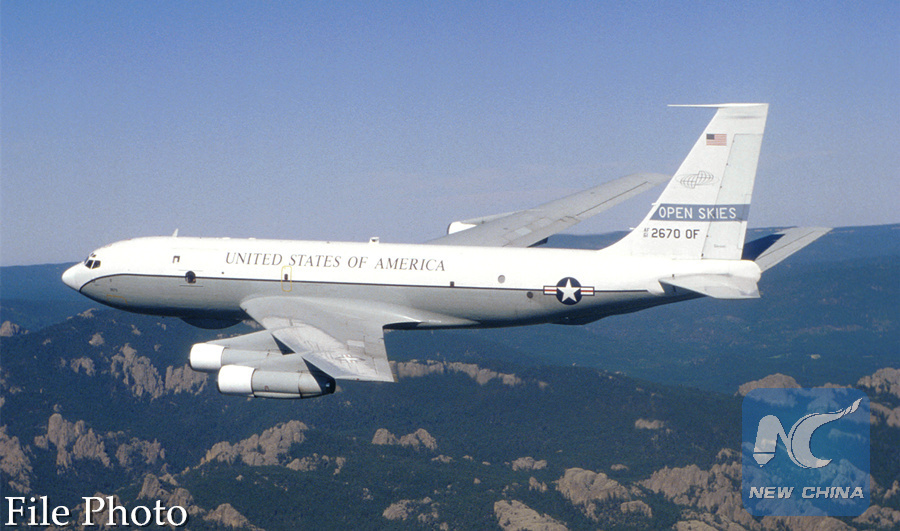 A U.S. OC-135B observation aircraft flew over Russia on Feb. 18-23 under the international Treaty on Open Skies, the Russian Defense Ministry said Saturday.

The U.S. plane took off from the Far Eastern city of Khabarovsk, and Russian specialists on board ensured the aircraft flew along the agreed route and the equipment was used in accordance with the deal, the ministry said.

The OC-135B is not intended for the use of any weapon, and the aircraft and its observation equipment underwent an international certification with the participation of Russian specialists, the ministry said.

The Treaty on Open Skies took effect in 2002 and currently has 34 party states, including Russia, the United States and some other members of the North Atlantic Treaty Organization.

The confidence-building and arms-control pact has established a system of observation flights over its members to gather information about their military forces and activities.