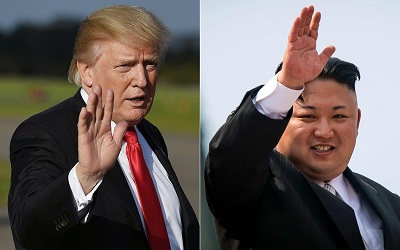 The United States is allegedly preparing a “bloody nose” attack to force North Korea to stop its nuclear program.

The pre-emptive armed force aims at destroying a launch site before it is used by the regime for a new missile test, while another targets weapons stockpiles, according to the Telegraph.

The Telegraph says that the Trump administration is "dramatically" ramping up efforts in the area in case diplomacy is not enough to stop Kim Jong-un from following through on his continued threats. The armed force could show Pyongyang that the US is serious about stopping the nuclear program and triggering negotiations.

Sources provided by the Telegraph are anonymous but are said to include two officials "familiar with White House thinking" and a current administration insider.

“The Pentagon is trying to find options that would allow them to punch the North Koreans in the nose, get their attention and show that we’re serious,” said a former security official to the paper. "The current plans indicate that Trump is more willing to use a military option than previously thought."