US points accusing finger at Iran over tankers attack amid tensions 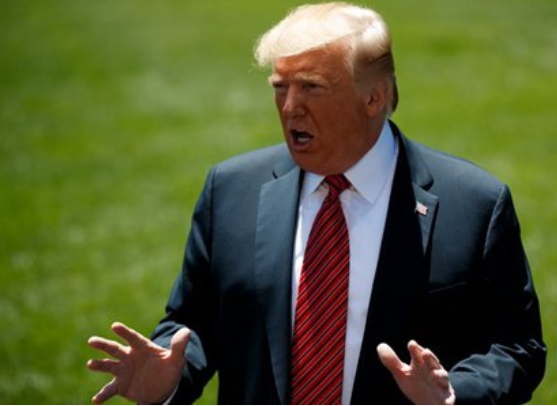 US President Donald Trump on Friday accused Iran of being behind the attacks on two oil tankers in the Gulf of Oman one day before, citing a video released by the US military.

Two oil tankers were attacked in the Gulf of Oman on Thursday morning, with at least one of them operated by a Japanese company.

"Iran did do it and you know they did do it because you saw the boat," Trump said in an interview with Fox News, referring to the video released by the US Central Command (USCENTCOM).

"They didn't want the evidence left behind...It was them that did it," Trump noted, adding that "we don't take it lightly."

USCENTCOM released a video late Thursday which it claimed showed Iran's Islamic Revolution Guards Corps (IRGC) removing an unexploded mine from one of the tankers (Kokuka Courageous) shortly after the attack.

The statement noted that the United States has no interest in a new conflict in the Middle East, while stressing that "the US and our partners in the region will take all necessary measures to defend ourselves and our interests."

US Secretary of State Mike Pompeo said Thursday that Iran was responsible for the attacks on two oil tankers in the Sea of Oman, which Tehran denied.

Iran's Foreign Minister Mohammad Javad Zarif on Thursday responded on his Twitter, saying that the United States immediately jumped to make allegations against Iran was a plan to use sabotage diplomacy to cover up its economic terrorism against Iran.

The attacks came amid Japanese Prime Minister Shinzo Abe's visit to Iran, which was the first visit made by a Japanese prime minister since Takeo Fukuda in 1978.

The rare visit aimed at easing tensions between Washington and Tehran. Iran's supreme leader Ayatollah Ali Khamenei, however, told Abe on Thursday that it was meaningless to exchange message with Trump, according to Iranian state media.

"While I very much appreciate P.M. Abe going to Iran to meet with Ayatollah Ali Khamenei, I personally feel that it is too soon to even think about making a deal. They are not ready, and neither are we!" Trump tweeted on Thursday.

Trump on Friday thanked Abe again for his effort to facilitate communication with Iran during their phone conversation, according to a statement issued by the White House.

"Diplomatic efforts by allies are necessary to dial down the tension, but they can't resolve it as long as Washington relies on an all-or-nothing approach," said an article of Foreign Policy, citing Ali Vaez, a senior Iran analyst and the Iran Project director for the International Crisis Group.

"If Iran is behind these attacks, it clearly shows that a US policy relying solely on coercion can backfire," said Vaez.

Over the recent weeks, Washington has ratcheted up pressure on Tehran with a series of sanctions, designations and military threats, trying to press Iran back to negotiations after US exit from the landmark Iran nuclear deal over a year ago.

In May, four commercial vessels suffered similar sabotage off the coast of the United Arab Emirates.