WASHINGTON, May 31 (Xinhua) -- A shooter who killed 12 people in a weekend mass shooting in Virginia Beach, eastern US state of Virginia, has been identified as Dewayne Craddock, local police told a press conference on Saturday. 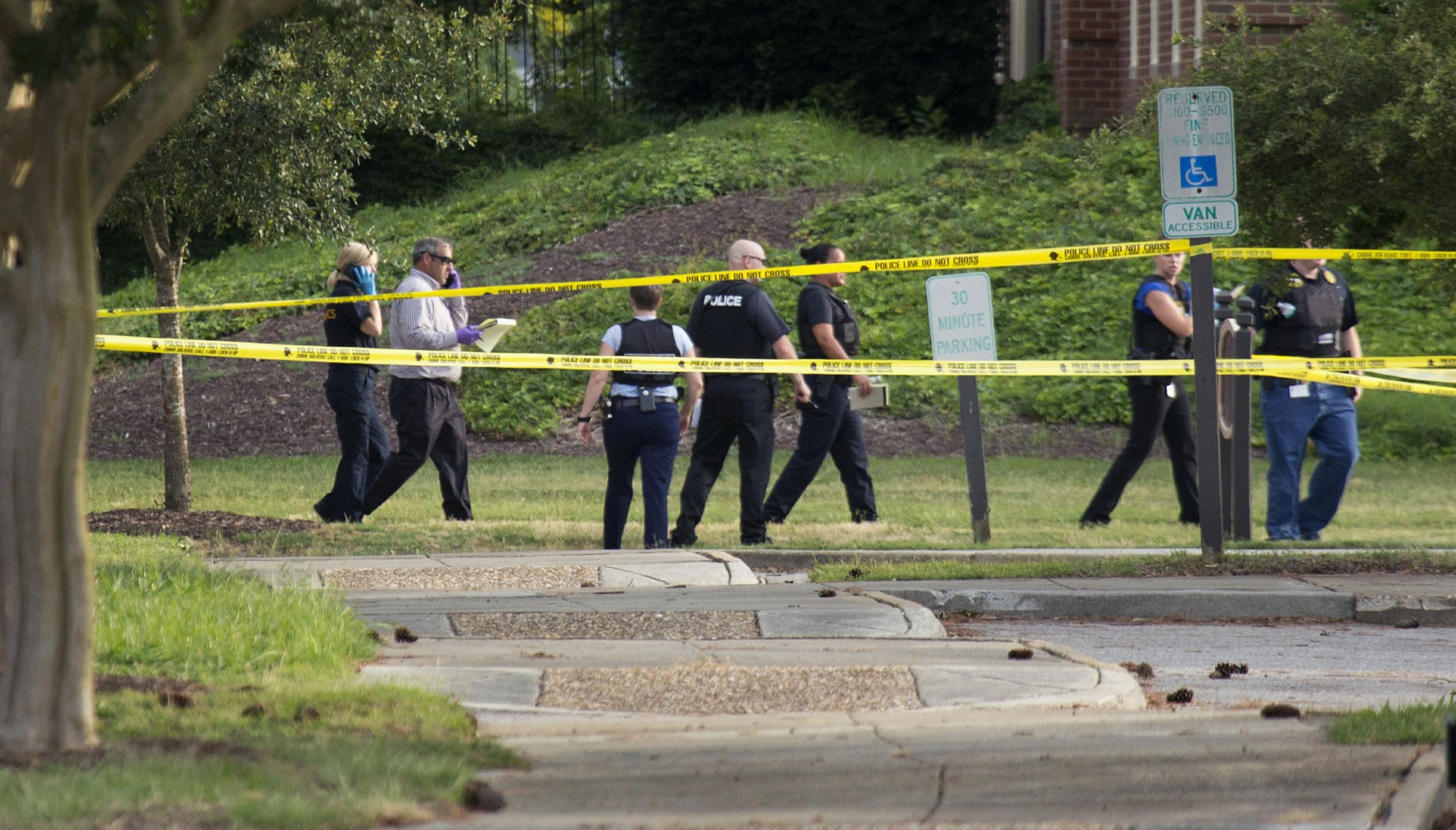 Police work the scene where eleven people were killed during a mass shooting at the Virginia Beach city public works building, Friday, May 31, 2019 in Virginia Beach, Va. (Photo: AP)

The 12th victim died on the way to the hospital, said Virginia Beach Police Chief Jim Cervera, adding that four others were injured.

He initially said at least 11 people were killed and six injured in the shooting. Among the injured was a police officer whose ballistic vest stopped a bullet.

The shooter, a longtime employee of the public utilities department, opened fire "indiscriminately" on multiple floors and was killed by police after short confrontation and exchange of gunfire, said Cervera.

The police did not release the suspect's name or describe the person's possible motive. Local media said the gunman was fired on Thursday and disgruntled.

The shooter used a handgun and rifle that were legally purchased, a law-enforcement official told the Wall Street Journal. The police also recovered multiple empty extended magazines, which can hold more ammunition than regular magazines.

"This is the most devastating day in the history of Virginia Beach," Mayor Bobby Dwyer said. "The people involved are our friends, coworkers, neighbors and colleagues."

Virginia Governor Ralph Northam said in a statement that he was devastated by the "unspeakable, senseless violence."

The governor called the incident "the worst kind of tragedy" at a news conference Friday night. The White House said President Donald Trump had been briefed on the situation.

The shooting began shortly after 4 p.m. eastern time (2000 GMT) in Building 2 of the municipal center, next door to the City Hall. The building houses the planning, public utilities, public works departments, among others.

Virginia Beach is the largest city and a popular vacation spot in Virginia.