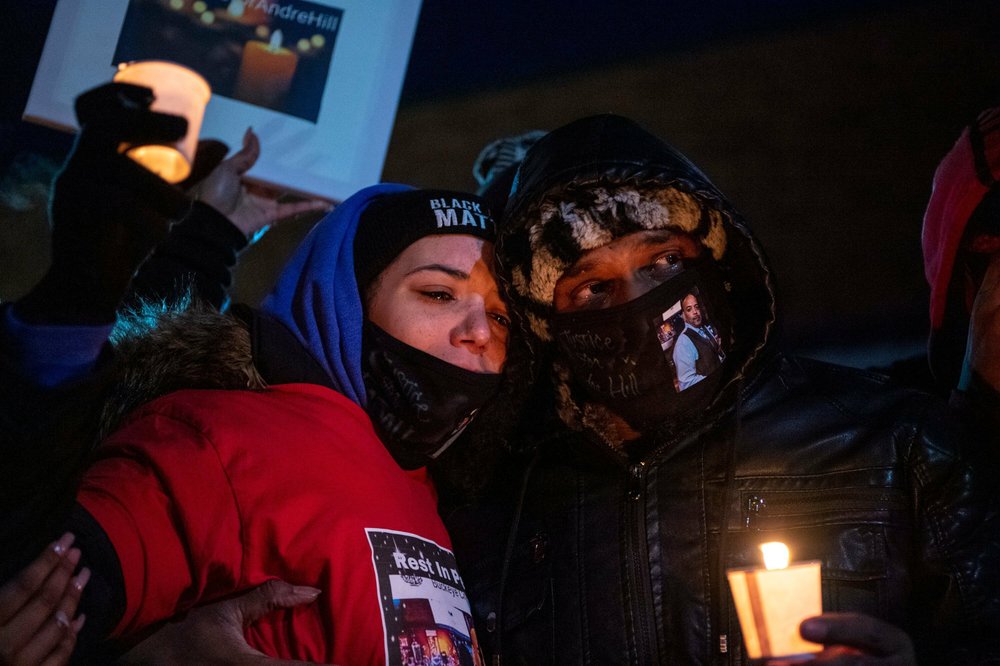 The death of Andre Maurice Hill triggered outrage in a country that has been racked by protests against police brutality and systemic racism since the spring.

The 47-year-old African-American was in the garage of a house when he was shot several times by a police officer who had been called to the scene for a minor incident.

The officer, Adam Coy, was initially suspended after the shooting.

"The evidence provided solid rationale for termination," said Columbus police chief Thomas Quinlan. "Mr Coy will now have to answer to the state investigators for the death of Andre Hill."

Hill, who was not armed at the time of the shooting, was the second African-American killed by police in less than three weeks in Columbus.

"Andre Hill's death is another tragic example of the tendency of police to view Black people as criminal or dangerous, and it points to the need for comprehensive, national police reform," said Ben Crump, a lawyer who has represented the families of several of the victims of police killings, including that of George Floyd, whose death in May triggered the biggest wave of racial protests in decades.