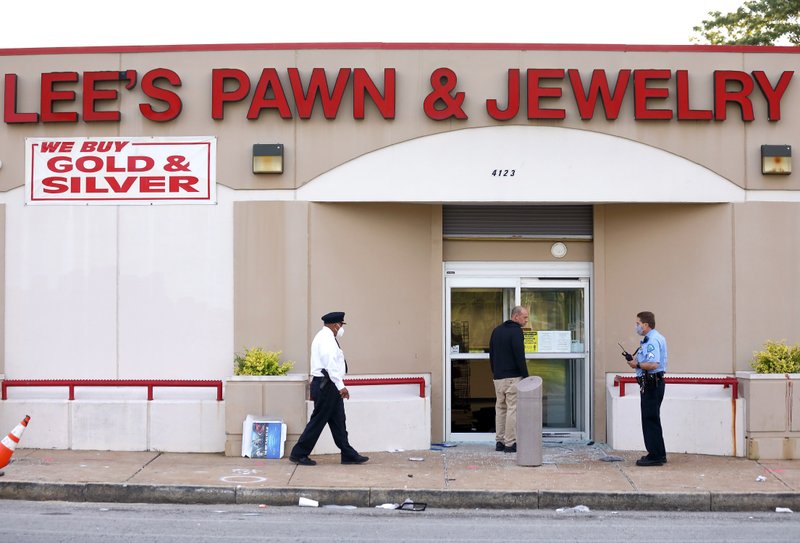 A retired St. Louis police officer was shot and killed early Tuesday by people who had broken into a pawn shop during unrest that followed a peaceful protest over the death of George Floyd in Minneapolis, police said.

David Dorn, 77, was found dead on the sidewalk in front of Lee’s Pawn & Jewelry. Police have not released details of what led to the shooting about 2:30 a.m. Tuesday and no one has been arrested.

The shooting and theft at the pawn shop apparently was posted on Facebook Live, but the video has since been taken down. It came on a violent night in St. Louis, which saw four officers shot, officers pelted with rocks, and businesses burned and robbed. Cities across the U.S. have seen protests and violence since Floyd died last week after an officer pressed his knee into Floyd’s neck for several minutes even after the handcuffed black man stopped moving and pleading for air.

Dorn was a friend of the pawn shop’s owner and frequently checked on the business when alarms went off, his wife, Ann Marie Dorn, told the St. Louis Post-Dispatch.

Dorn served 38 years on the St. Louis police force before retiring in October 2007. He then became chief of Moline Acres, a small town north of St. Louis.

The Ethical Society of Police, which represents black officers in St. Louis, said in a news release that Dorn was “the type of brother that would’ve given his life to save them if he had to.”

“Many of us, the other officers, looked up to him,” Hayden said. ”“Was very well-liked, very pleasant. And his wife still works here. So a very sad time for our agency. We will honor him.”

State Rep. Rasheen Aldridge, D-St. Louis, told the Post-Dispatch that he watched to Facebook Live post before it was removed.

“Very traumatized right now,” he said about an hour after the shooting occurred. “I’m hurting.”