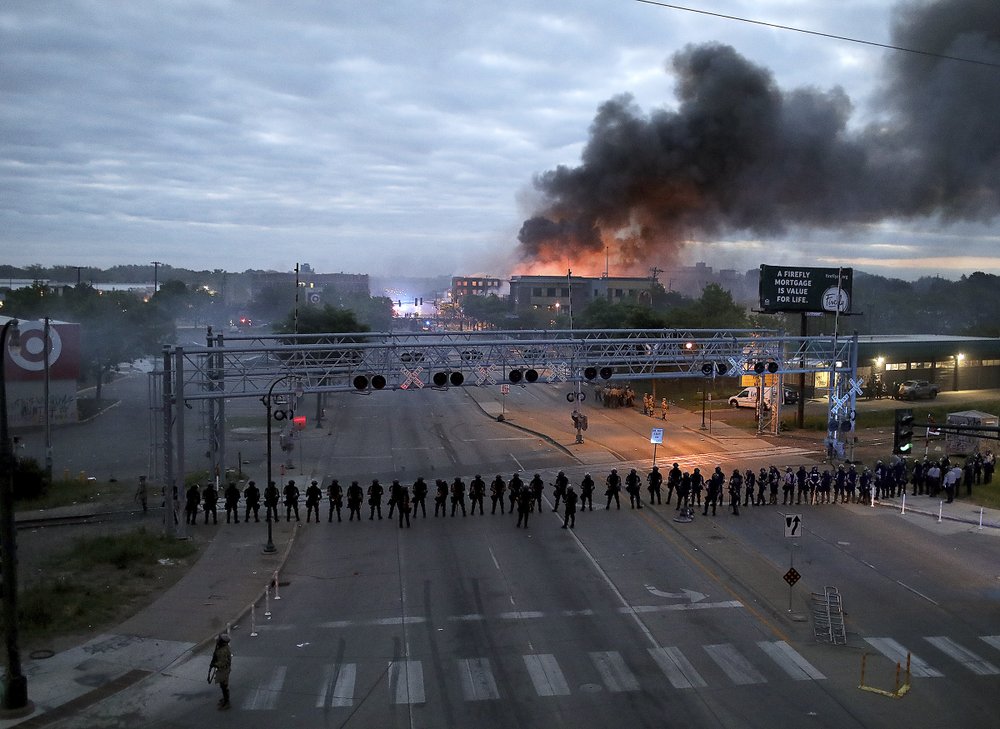 Law enforcement officers amassed along Lake Street near Hiawatha Ave. as fires burned after a night of unrest and protests in the death of George Floyd early Friday, May 29, 2020 in Minneapolis. Floyd died after being restrained by Minneapolis police officers on Memorial Day. (Photo: AP)

WASHINGTON, May 29 (Xinhua) -- The police officer who knelt on George Floyd's neck in Minneapolis, U.S. state Minnesota, was arrested on Friday and charged with third-degree murder and manslaughter amid a national outrage following the black man's death earlier this week, authorities said Friday.

A video showed the officer, identified as Derek Chauvin, pressed his knee on Floyd's neck for at least eight minutes while Floyd repeatedly pleaded, "I can't breathe," and "please, I can't breathe" during the fatal arrest on Monday evening. Chauvin's way of handling the man is not approved by the local police department.

Chauvin was fired together with three other officers involved in the case shortly after the video went viral on social media on Tuesday, sparking a widespread cry for justice.

Chauvin had 18 prior complaints filed against him with the Minneapolis Police Department's Internal Affairs, according to local media reports. It is unclear what the complaints against him were for.

Violent protests escalated for the third night on Thursday in Minneapolis, the biggest city in Minnesota, as demonstrations and riots spread to other cities across the country in the wake of Floyd's death.

"What the world has witnessed since the killing of George Floyd on Monday has been a visceral pain, a community trying to understand who we are and where we go from here," Minnesota Governor Tim Walz said at a news conference on Friday.

He declared a state of emergency and activated the Minnesota National Guard to restore order on Thursday.