WORLD US policy toward fighting Islamic State in Syria unchanged

US policy toward fighting Islamic State in Syria unchanged 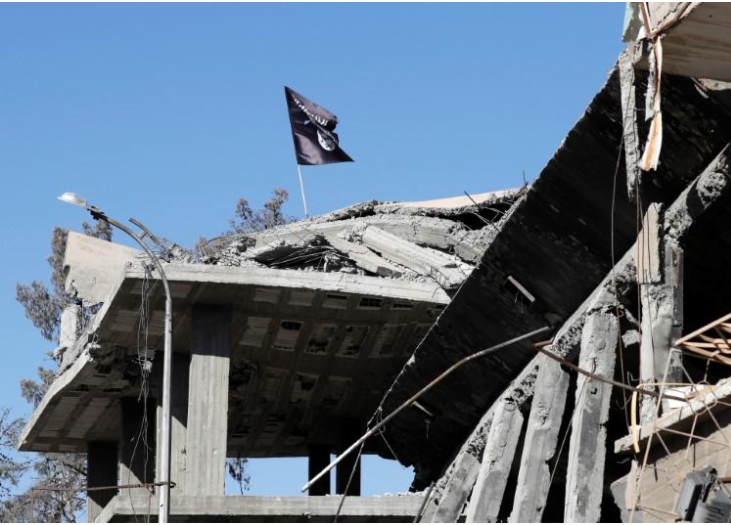 A flag of Islamic State militants is pictured above a destroyed house near the Clock Square in Raqqa, Syria October 18, 2017. (Photo: Reuters)

The US military policy toward fighting Islamic State militants in Syria remains the same following discussions with President Donald Trump this week and the military has not been given a timeline for withdrawing troops, the Pentagon said on Thursday.

Trump agreed in a National Security Council meeting this week to keep US troops in Syria a little longer to defeat Islamic State but wants them out relatively soon, a senior administration official said on Wednesday.

Trump had signaled his desire to get US forces out of Syria in a speech last week, and officials said he had privately been pressing for an early withdrawal in talks with his national security aides.

“We’ve always thought that as we reach finality against ISIS in Syria we’re going to adjust the level of our presence there, so in that sense nothing actually has changed,” Marine Lieutenant General Kenneth McKenzie told a Pentagon briefing.

McKenzie said Trump has not given the US military any timeline.

“We think as we go forward one of the things that we haven’t been given is a timeline and that is actually very effective... (The) President has actually been very good in not giving us a specific timeline, so that is a tool that we will use to our affect as we move forward,” McKenzie said.

The United States is conducting air strikes in Syria and has deployed about 2,000 troops on the ground, including special operations forces whose advice has helped Kurdish militia and other US-backed fighters capture territory from Islamic State, also known as ISIS.

The Pentagon and State Department have said a longer term US effort would be needed to ensure that Islamic State’s defeat is a lasting one.

The militant group is widely expected to revert to guerrilla tactics once the last remnants of its once self-styled “caliphate” are captured by US-backed forces.