MINNEAPOLIS, the United States, Aug. 11 (Xinhua) -- U.S. pork farmers are increasingly worried that their longtime efforts to secure a foothold in China are vaporizing, due to continued trade disputes between the world's two largest economies. 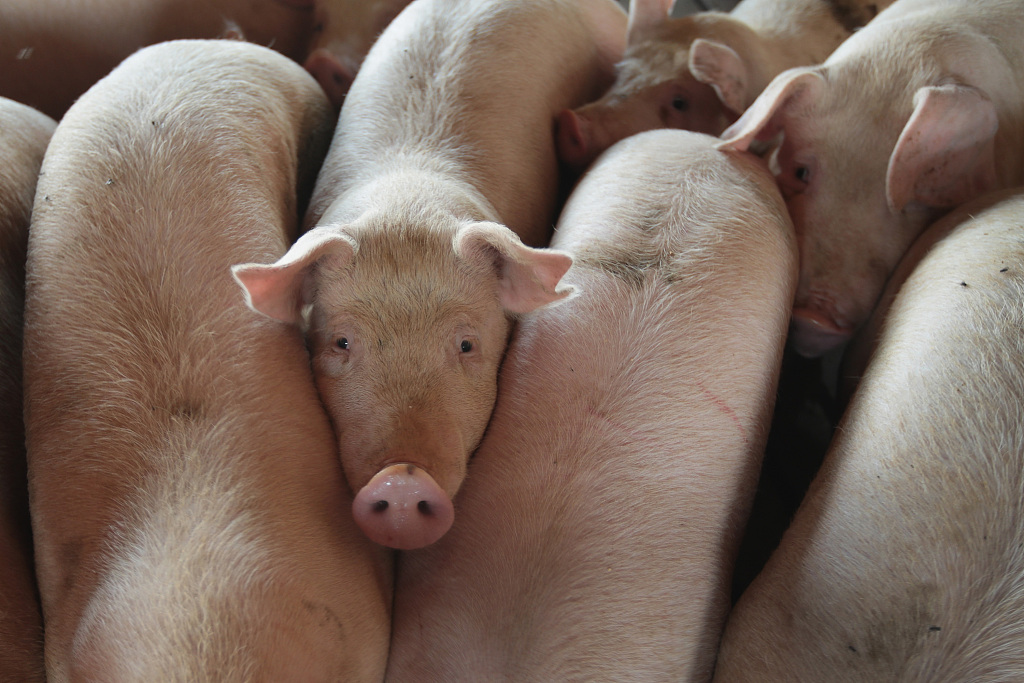 The protracted trade tensions may dampen the outlook for their access to China, the world's biggest pork market, and consequently cripple the entire industry.

"Without a doubt, we would love to have access to the Chinese market ... There's a tremendous demand in China, and we can certainly fill some of that demand," David Preisler, chief executive officer of the Minnesota Pork Producers Association, told Xinhua.

"Unfortunately, it's unrealized potential at this point. We can't necessarily control that," said the industry leader, adding that "the biggest hope, first of all, is that the United States and China can work something out."

He made the remarks at Minnesota Farmfest, a large-scale agricultural trade show concluded in the Midwest U.S. state on Aug. 8, where trade issue was a hot topic.

U.S. hog farmers have been suffering during the U.S.-China trade rifts which started more than a year ago.

Since 2018, the U.S. administration has placed several rounds of punitive tariffs on Chinese imports. In retaliation to the moves, U.S. pork entering China is among the U.S. imports that have been levied by the Chinese side.

According to U.S. authorities, American hog farmers are estimated to be losing out on 1 billion U.S. dollars annually due to the trade tensions with China.

David Herring, president of the National Pork Producers Council, told a U.S. House Agriculture subcommittee in a hearing last month that retaliatory tariffs imposed by China and other countries are "one of the most damaging threats" to his industry.

Preisler told Xinhua that his team has currently projected "a slight profit" for the coming year, down from a previous estimate of "about 20 to 25 dollars per head" three weeks ago.

"It's been negative towards the futures market and that's just an indication of what the market thinks prices are going to be in the future," he added.

More than 25 percent of the country's total pork production is exported, with China being a major buyer, according to data from the U.S. Meat Export Federation.

In terms of volume, Mexico and Japan are the two largest export markets for U.S. pork, Preisler said, "prior to the trade disputes, China would be right up there."

Due to different dietary cultures, China has been historically an important complementary market for U.S. pork, said Preisler.

The industry leader noted that stable trading with China has generated positive impact on local economy, especially in Minnesota, where some 3,000 farms raise about 16.5 million pigs per year, making it the second largest pork producing state in the United States.

Earlier this year, U.S. hog farmers had some hope that the tensions would be resolved soon, driven by the positive signs in trade negotiations.

However, the situation has become worrisome in recent months, as the U.S. administration threatened to impose further tariffs on Chinese imports.

The longer trade tensions with China linger, the more American farmers will see their window of opportunity close as competitors claim parts of the Chinese market share, said Preisler.

"If China goes to other customers to find pork, well, they may just stay with those customers even after a dispute is settled," the industry leader expounded the major fear from U.S. hog farmers.

Pork producers are also frustrated that they may miss a prime opportunity to secure a share in the lucrative market when there is huge potential concerning China's need for imported pork.

Official data showed that China's hog stock declined by over 20 percent year-on-year in May due to multiple factors, including African swine fever  and higher costs of pig breeding.

So far, many individuals, organizations as well as business groups in the United States have voiced their concern about the tariffs' ripple effects on both relative industries and the broader U.S. economy while hoping for a final settlement.

"If we can work together to come up (with) some agreements that benefit both sides of that agreement, it's very important to agriculture," said Kevin Paap, president of the Minnesota Farm Bureau.

U.S. anti-tariff advocacy group Tariffs Hurt the Heartland warned that as the country's trade disputes with its trading partners persist, repercussions will be felt by farmers, factory workers and everyday consumers nationwide.