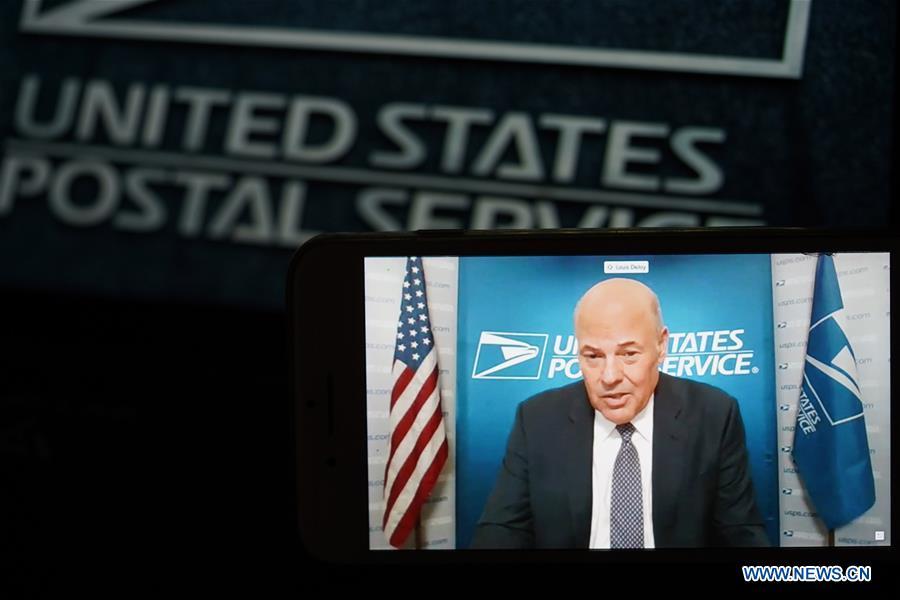 Photo taken in Arlington, Virginia, the United States, on Aug. 21, 2020 shows the screen of a smartphone showing U.S. Postmaster General Louis DeJoy testifying before a Senate panel in a virtual hearing. The U.S. Postal Service (USPS) is "fully capable" of delivering the nation's election mail "securely and on time," Louis DeJoy said on Friday. (Photo: Xinhua)

DeJoy was testifying before a Senate panel in a virtual hearing that came amid greater scrutiny over the agency's operations ahead of the November election.

"As we head into the election season, I want to assure this committee and the American public that the Postal Service is fully capable and committed to delivering the nation's election mail securely and on time," DeJoy said. "This sacred duty is my number one priority between now and election day."

DeJoy claimed the USPS is "at fundamental risk" of not fulfilling its mandate in coming years "to provide prompt, reliable, and universal postal services to the American public -- in an efficient and financially self-sustaining fashion" due to the impact of the coronavirus pandemic on its financial conditions.

A series of cost-cutting reforms that DeJoy had implemented on the USPS triggered concerns from critics about delays in mail delivery and possible disenfranchisement for voters in the upcoming election that is expected to see more mail-in ballots than ever.

U.S. President Donald Trump, who is seeking a second term this year, recently threatened to defund the USPS because of resentment over what he believed was Democrats' intention to use the congressionally-approved money to expand mail-in ballots during the election, a method that the Republican claimed would cause voting fraud.