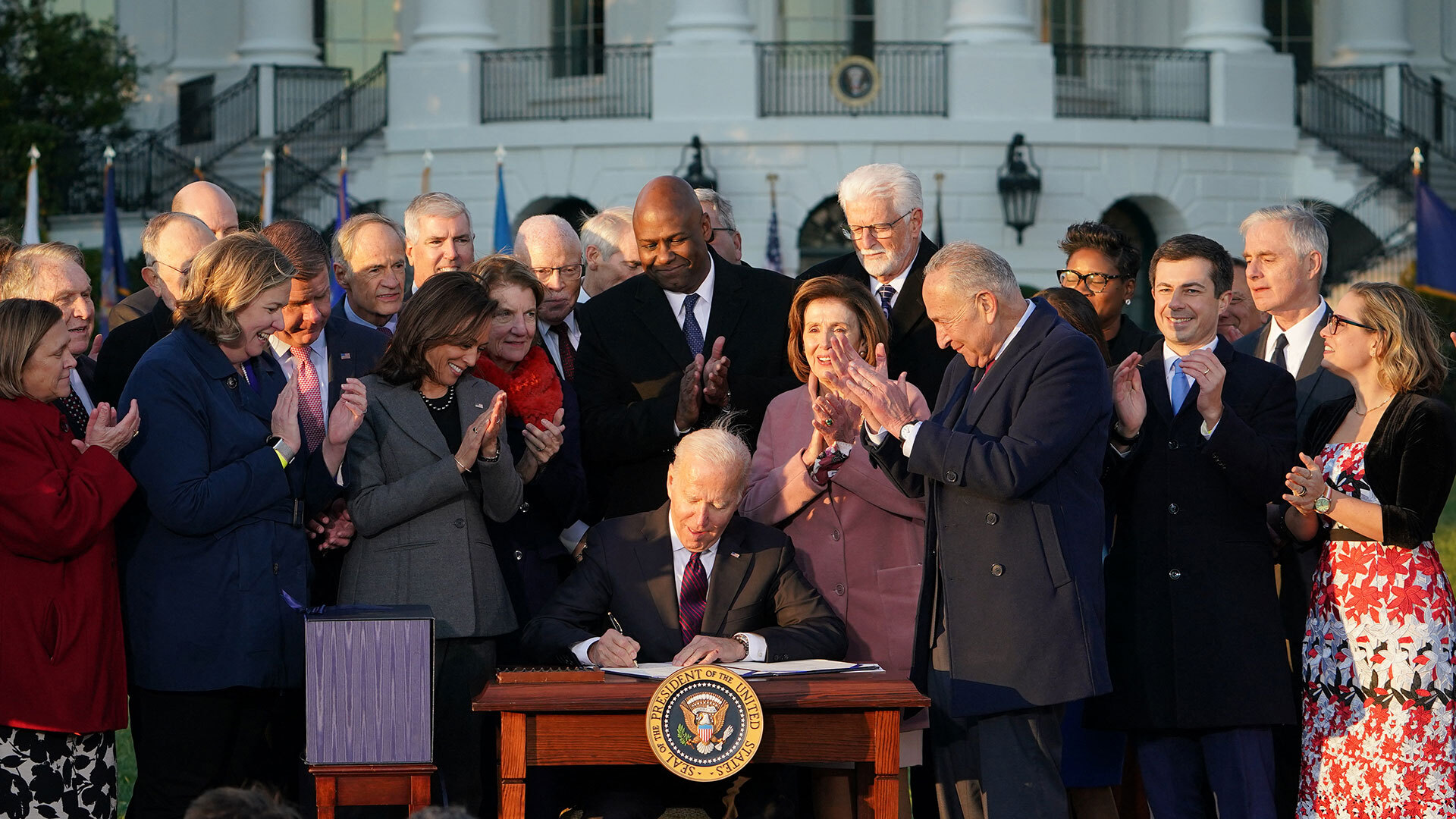 At a signing ceremony at the White House South Lawn, Biden hailed the infrastructure package as "a monumental step forward to build back better as a nation." He thanked members of Congress for passing the bill, including the 19 Senate Republicans and 13 House Republicans who voted for the legislation.

"My fellow Americans, today I want you to know we hear you, and we see you," Biden said. "The bill I'm about to sign into law is proof that despite the cynics, Democrats and Republicans can come together and deliver results. We can do this. We can deliver real results for real people."

The bill includes $550 billion in new funds, and it is expected to fund nationwide infrastructure improvements, including repairs and upgrades to roads, bridges and other major areas of infrastructure, such as wastewater systems, including a $15 billion investment in the replacement of lead pipes, and electrical grids.

The bill also notably includes a $65 billion investment in the expansion of access to broadband internet by offering federal funding to broadband companies that offer a low-cost affordable plan, creating price transparency and by boosting competition in areas with inadequate service, and creating federal aid for low-income households that need internet access.

With the infrastructure bill now enacted, Biden plans to sell the legislation's benefits across the U.S. in coming days, including visits to a degraded bridge site in the U.S. state of New Hampshire and a General Motors electric vehicle plant in Michigan. He also aims to get the second part of his agenda, the "Build Back Better" bill, through Congress as the legislation still faces pushback from moderate Democrats and unanimous opposition from Republicans. Biden expressed confidence that the second bill would pass "hopefully this week."