WORLD US president Trump shows willingness to cooperate with Democrats

US president Trump shows willingness to cooperate with Democrats 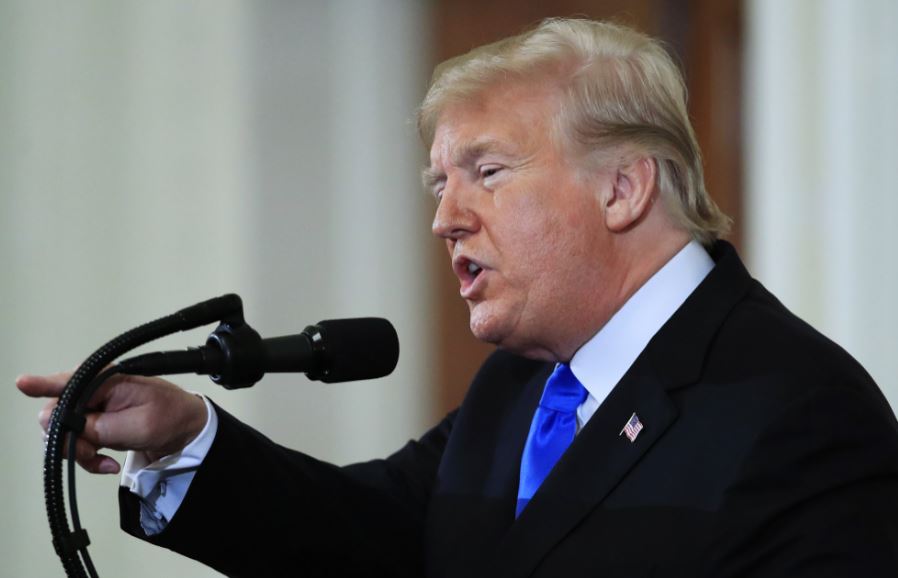 WASHINGTON, Nov. 8 (Xinhua) -- US President Donald Trump on Wednesday indicated his willingness to work with Democrats on certain issues such as infrastructure after Republicans lost their majority in the House.

At a news conference held on Wednesday noon, Trump said he hopes Republicans and Democrats can work together in the next few years to "continue delivering for the American people."

In Tuesday's midterm elections, Democrats seized control of the House after eight years in the minority, while Republicans expanded their Senate majority, leading to a split in the US Congress.

The US president pointed out that certain policies could not get passed in the Senate if they can't get 10 votes from Democrats, as the Republicans now hold 55 seats out of the 100, and two-thirds of votes are needed for the Senate to decide on certain issues.

In his speech, Trump also praised House Democratic Leader Nancy Pelosi for her remarks on bipartisan cooperation Tuesday night, saying that he "really respected" what Pelosi said and "that's what we should be doing."

In her speech following Democrats' success in the House, Pelosi said the Democrats will "strive for bipartisanship" with "fairness on all sides."

Senate Majority Leader Mitch McConnell told reporters on Wednesday that he and Pelosi already discussed ways they might be able to work together.

"The one issue that Leader Pelosi and I discussed this morning, where there could be a possible bipartisan agreement, is something on infrastructure," McConnell said, though acknowledging "big differences" of the two parties over issues like taxes.

Despite the friendly tone between the parties, bipartisan cooperation could be overshadowed by the House's possible investigations into the president's administration and his finances.

At the news conference, Trump vowed to fight back if Democrats use their House majority to launch such investigations, saying "they can play that game, but we can play it better."

"And all you're going to do is end up in back and forth and back and forth, and two years is going to go up and we won't have done a thing," Trump said.