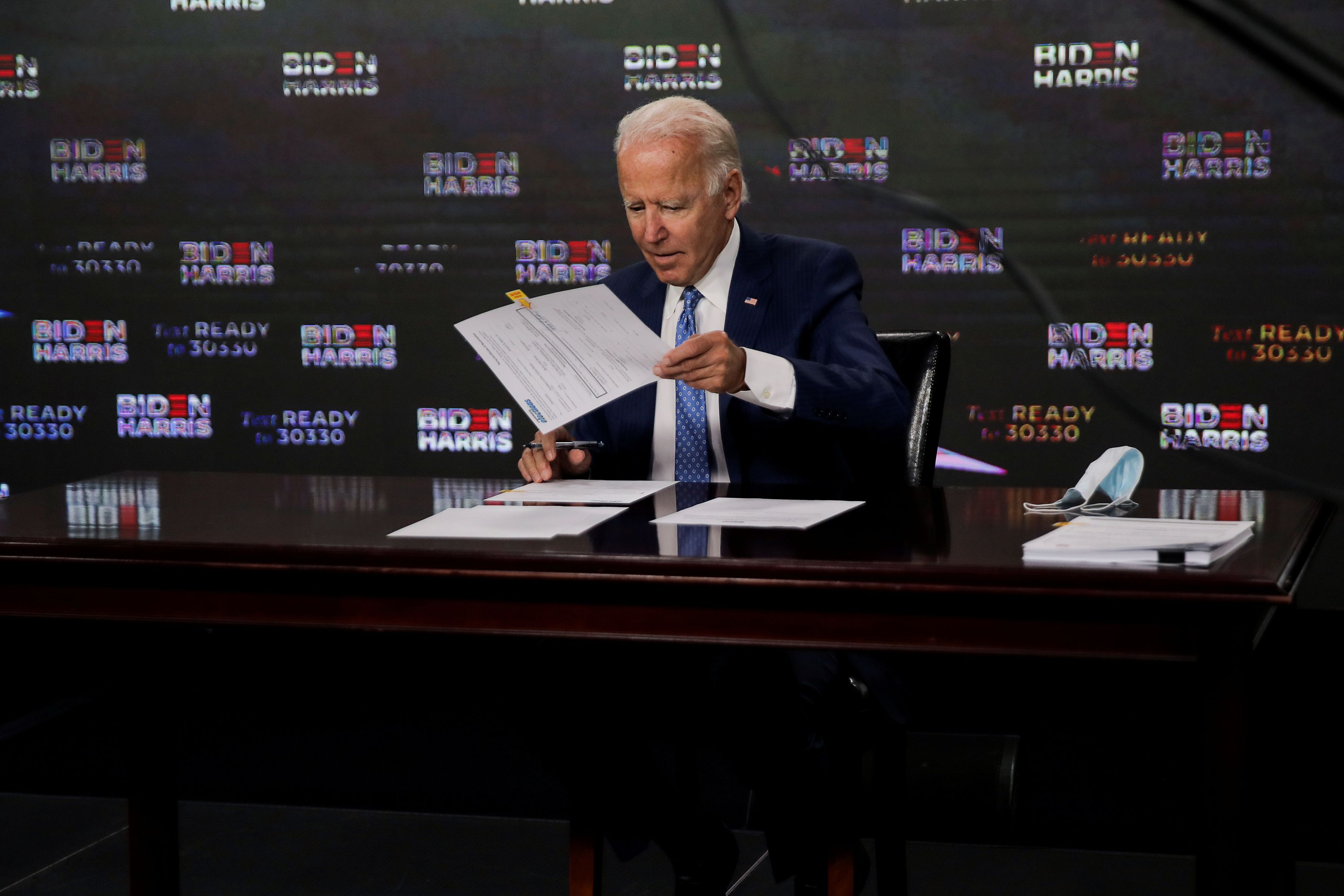 The four-day virtual Democratic National Convention (DNC) kicked off on Monday with a display of party unity for U.S. presidential candidate Joe Biden and the broad coalition aiming to defeat Republican President Donald Trump in November, less than 80 days before the general election.

The Biden campaign on Monday morning offered a preview of the night's events, which it dubbed "We the People" and will feature a mix of live and pre-recorded speeches. The speakers will try to identify the challenges Americans face and how Biden plans to address them by unifying the country.

Meanwhile, trying to steal some of Biden's spotlight, President Donald Trump will make campaign visits to battleground states Wisconsin and Minnesota on Monday, and Arizona on Tuesday. Trump will visit the area around Biden's birthplace of Scranton, Pennsylvania, on Thursday.

What to watch on the DNC?

And unlike any other campaign before, the pandemic forced Democrats to scrap their planned in-person Milwaukee convention.

Instead, speakers will deliver speeches from locations across the country and without the large in-person crowds that are traditionally seen at these events. All eyes will be on how smoothly the transition to a virtual convention works.

Biden's top primary rival, Senator Bernie Sanders, former first lady Michelle Obama and Republican John Kasich, a former Ohio governor who ran against Trump in 2016, will headline a parade of speakers appearing from around the country to make a virtual case for a Biden presidency, organizers said.

Actress and activist Eva Longoria, known for her role on Desperate Housewives, will lead this evening's programming.

Given the primetime slot on the first night of the DNC, Michelle Obama praised Biden ahead of her taped speech, saying that he will "tell the truth and trust science" if elected to the White House in November, and that he was a "terrific vice president" during the eight years he served as her husband Barack Obama's number two.

"This election is the most important in the modern history of this country," said Sanders in remarks released ahead of his appearance. Sanders dropped out of the primary race in April and quickly endorsed Biden.

On Wednesday, Barack Obama will speak, and Harris will have her spotlight moment before the convention culminates Thursday when Biden formally accepts the Democratic nomination and delivers his acceptance speech.

The first night also will feature an array of Americans dealing with challenges created by the coronavirus epidemic, like the economic fallout, and working to combat racial injustice amid protests against police brutality, organizers said. 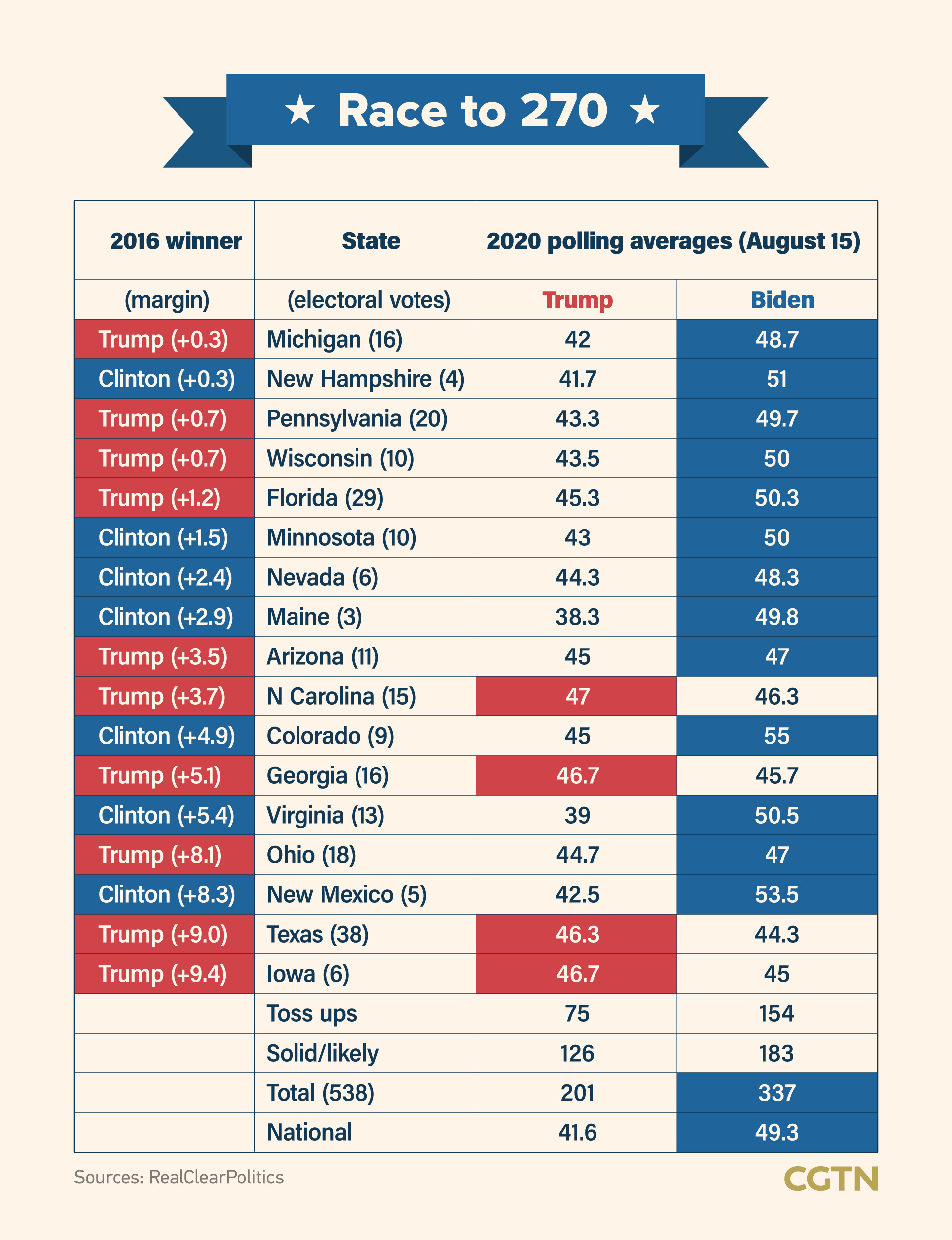 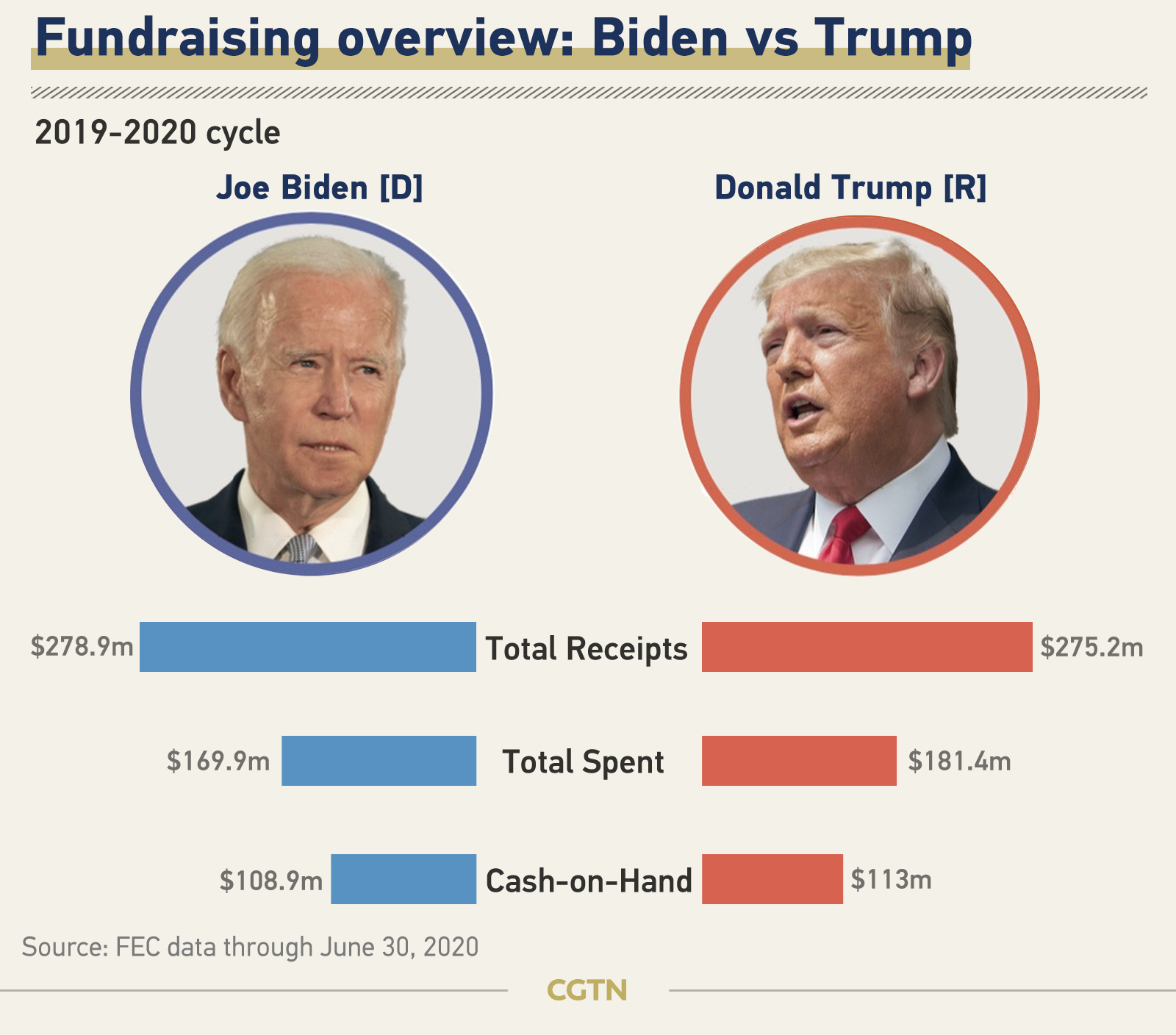 The DNC is also taking place amid a furor over Trump's own efforts to limit mail-in voting. Insisting without proof that it fosters fraud, Trump has threatened to block extra funding that Democrats say is urgently needed to allow the US Postal Service to process millions of ballots.

U.S. House of Representatives Speaker Nancy Pelosi, the country's leading elected Democrat, said on Monday she expects to receive Republican support for a Democratic bill the House will consider this weekend to aid the Postal Service amid concerns over its ability to handle a flood of mail-in ballots in the November 3 election.

Democratic Party chairman Tom Perez said the convention would push back against Trump's "assault on our democracy" by highlighting efforts to protect voting by mail.

As for Trump's busy campaign schedule, it represents a break from tradition. Candidates from the opposing party usually limit their activities during their opponents' convention week because it is difficult to get media attention, but Trump, scrambling to catch up in the polls, is seeking to use it to better define Biden.

Trump on Monday said he would accept the Republican nomination for a second term during a live speech at the White House next week.

The Democratic convention and the Republican event, which begins on August 24, will be held virtually, without the usual roaring crowds and confetti. 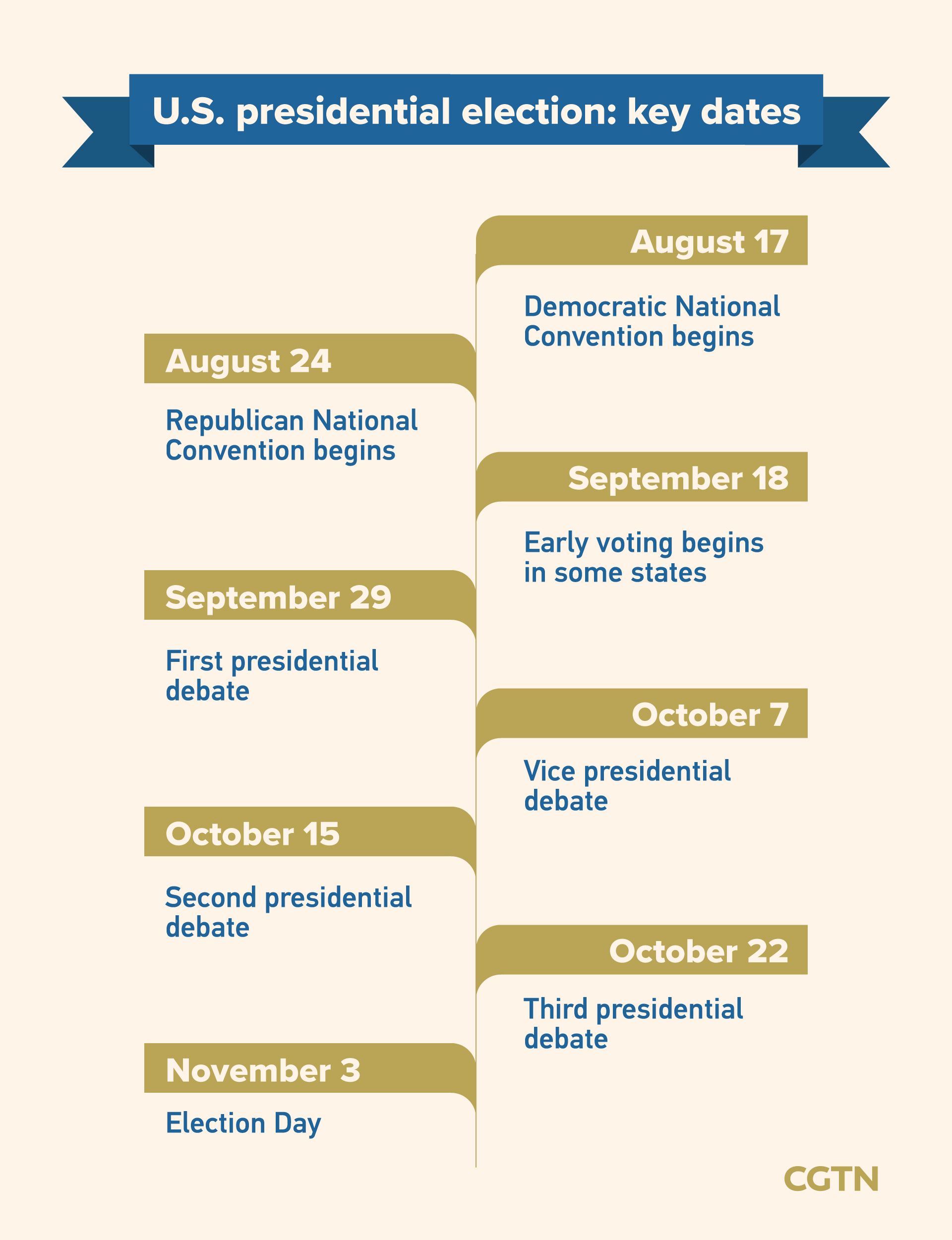 Meanwhile, nationwide, new cases of COVID-19 fell for the fourth week in a row but infections remain at high levels in most states and deaths continue to average 1,000 people a day.

In total, there have been over 170,000 deaths in the United States from the disease, according to a Reuters tally.