WORLD US prisons hot spot for spread of virus

US prisons hot spot for spread of virus 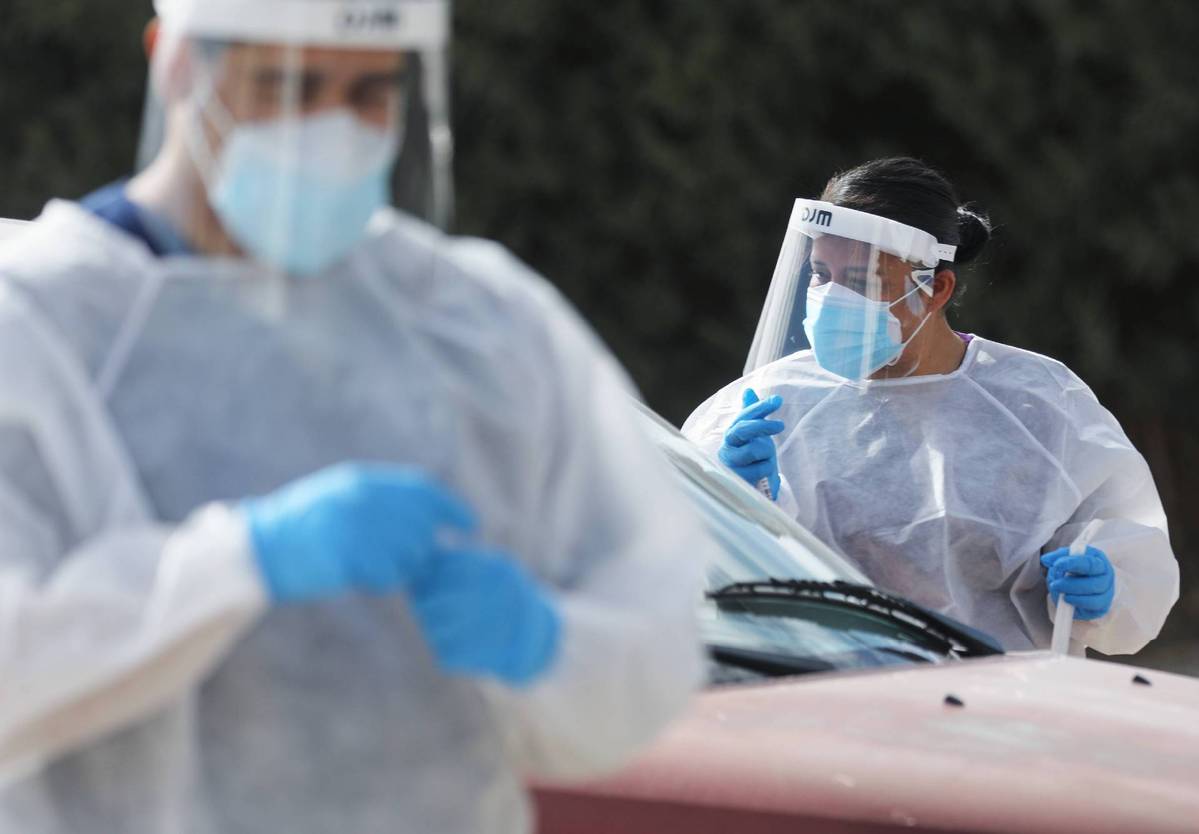 Bryant had been serving a life sentence at Anamosa State Penitentiary since 1992 for first-degree kidnapping, according to a release put out on Monday by officials.

More than 740 out of about 970 inmates tested positive for the novel coronavirus at Anamosa during the week of Nov 9-13, according to the Corrections Department, and so far, more than half have recovered.

In Utah, about 800 inmates housed by the Utah Department of Corrections are infected with the virus, and two have died in the past week, according to local TV station KUTV.

Both inmates tested positive on Nov 9 and had other medical conditions that could have contributed to their death, according to the department. So far, seven inmates have died of COVID-19 in Utah.

US prisons have become a breeding ground for coronavirus infections, more so than in the general population, according to the COVID Prison Project (CPP), which tracks the coronavirus' impact on imprisoned individuals.

CPP reported that the largest increase in both the general and prison population cases in recent weeks has occurred in North Dakota. Infections also have increased dramatically in Colorado, Iowa, Kansas, Michigan, Minnesota and Wisconsin.

As of Monday, 3,624 inmates in federal prisons and 1,225 federal prison staff members have tested positive for the virus, according to an NBC News report.

The situation is so dire in federal prisons that the Federal Bureau of Prisons is instructing wardens and other staff members to prepare to receive a coronavirus vaccine within weeks, according to The Associated Press.

While the federal prison system will be among the first government agencies to receive the coronavirus vaccine, the initial allotments of the vaccine will be given to staff and not to inmates, AP reported.

Some states are releasing inmates early to prevent the spread of the coronavirus among prisoners and prison employees.

Maryland did it last week. Republican Governor Larry Hogan issued an executive order releasing inmates eligible for home detention or whose prison term will expire within the next four months and aren't serving time for a violent or sexual offense. An inmate's medical condition and other special needs also are taken into consideration. Inmates age 60 and older with good behavior can be considered for release on an accelerated basis.

Other states have adopted similar measures. At the beginning of November, more than 2,000 inmates in New Jersey were released to mitigate the spread of the coronavirus in the prison system. They were nearing the end of their sentences.

A federal inmate wrote 17 letters pleading to be free due to severe kidney disease but was denied. He died of COVID-19 in early November.

According to NBC News, 52-year-old Waylon Young Bird, a Native American from South Dakota, was one of the seven federal inmates who died this month from COVID-19.

Young Bird was serving an 11-year sentence from September 2019 for distributing methamphetamine. He first wrote a letter to his judge requesting compassionate release in June and was denied.

As the infections increased in prison, he continued to write to plead his case. In his last letter on Oct 28, he wrote that dozens of inmates in his unit had tested positive.

"I'm afraid I may be infected by the time you read this letter," he wrote to US District Judge Roberto Lange. "Please as a compassionate judge, can you help me thru this situation."

Young Bird tested positive on Oct 29 and died a week later with three other inmates in Springfield, Missouri.

Advocates for prisoners say the federal government should be doing more to help at-risk inmates.

"We have very vulnerable people in one place, and my experience is prison medical centers do not operate with the same level of infection control that we find in community hospitals," said Dr Homer Venters, former chief medical officer of the New York City jail system. "Most of the people who are high risk in prison are still in prison."