WORLD US private sector adds 307,000 jobs in Nov as hiring slows down

US private sector adds 307,000 jobs in Nov as hiring slows down 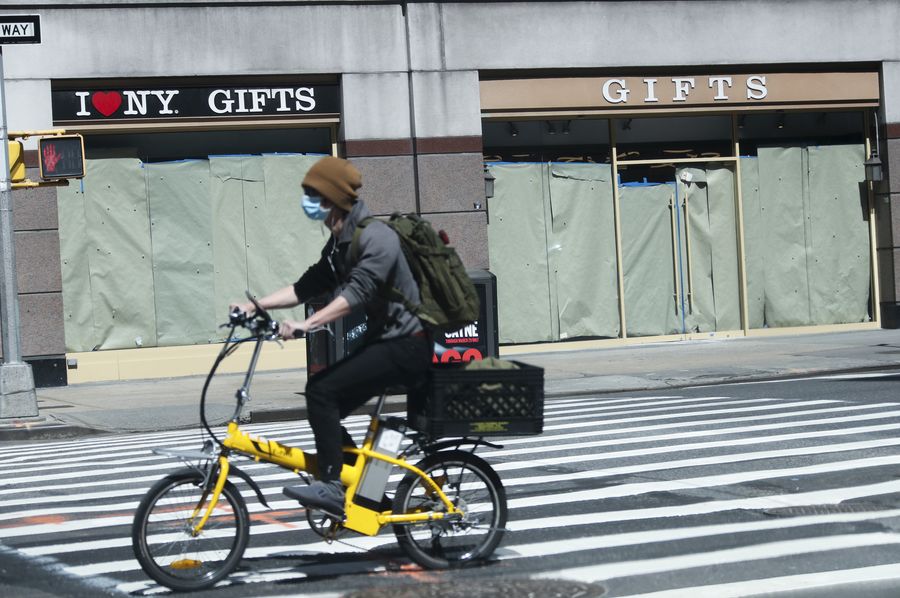 A man rides past a closed gift shop near Times Square in New York, the United States, May 4, 2020.(Xinhua/Wang Ying)

The figure, well below the forecast of 475,000 by economists surveyed by Dow Jones, marks the slowest private payroll growth since July. In October, the private sector added an upwardly revised 404,000 jobs.

The employment growth was mainly in the service providing sectors, which added 276,000 jobs in the month, according to the report, produced by the ADP Research Institute in collaboration with Moody's Analytics.

Private companies in the United States slashed a revised 302,000 jobs in March amid COVID-19 shutdowns, the first private payroll contraction in a decade. In April, the private sector cut nearly 20 million jobs.

Amid reopening efforts, the private sector saw a revised job gain of 3.3 million in May, followed by a revised growth of 4.5 million in June. In recent months, however, job growth has been slowing down.

The data for the ADP report is collected for pay periods that can be interpolated to include the week of the 12th of each month, and processed with statistical methodologies similar to those used by the U.S. Department of Labor's Bureau of Labor Statistics (BLS), according to the report.

The ADP report came two days before the crucial monthly employment report released by the BLS, which will include employment data from both the private sector and the government.