US producer inflation eases in July amid lower energy prices 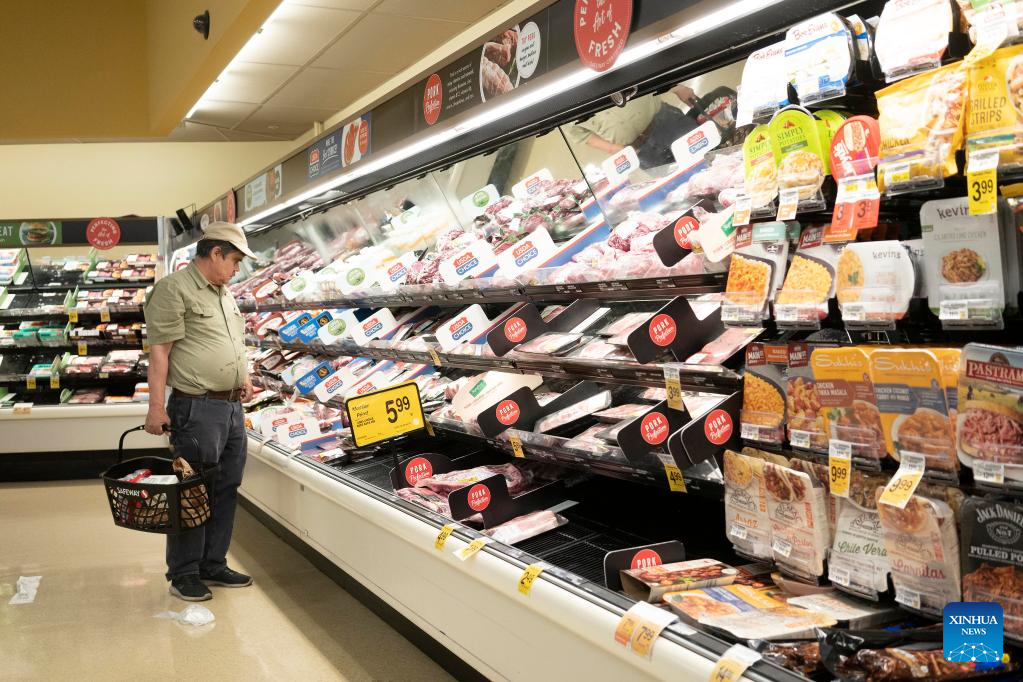 A customer shops at a supermarket in Millbrae, California, the United States, Aug. 10, 2022. (Photo: Xinhua)

The decline followed growths of 1.0 percent in June and 0.8 percent in May, according to the report released by the department's Bureau of Labor Statistics (BLS).

The PPI, which gauges the prices for final demand products, moved up 9.8 percent over the past 12 months, after advancing 11.3 percent in June.

For the 12 months through July, the core PPI, which excludes food, energy and trade services, increased 5.8 percent.

In July, the PPI decrease is attributable to a 1.8-percent decline in goods prices, with a 9.0-percent drop in energy prices, the report noted.

The PPI data came one day after the BLS reported consumer price index in July surged 8.5 percent from a year ago, down from the previous month's fresh four-decade high but still at elevated level.

Some analysts believe that the latest data shows that inflation has peaked and will continue to come down, noting that the Federal Reserve still has a long way to go to bring elevated inflation under control.

Monetary policymakers have made clear that they need to see "clear evidence of a sustained slowdown in inflation" before pivoting on monetary policy, Sarah House and Michael Pugliese, economists at Wells Fargo Securities, wrote in an analysis.

"In our view, it will take several more soft inflation prints before the Federal Open Market Committee begins to feel confident that it is getting price pressures in check," said House and Pugliese.