The US Justice Department is investigating a potential crime related to funneling money to the White House in exchange for a presidential pardon, according to court documents unsealed in federal court. 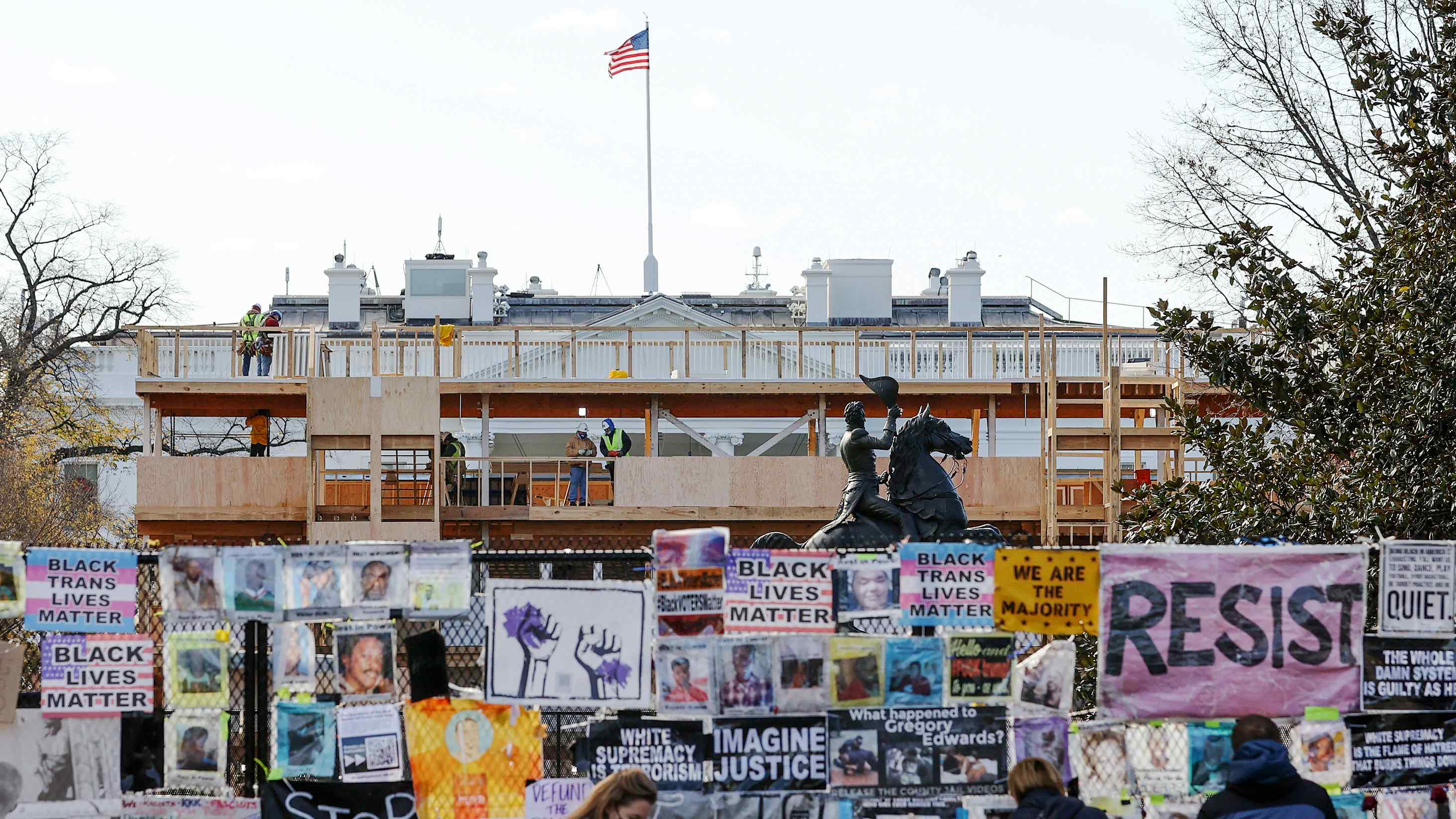 Workers construct viewing stands for the 2021 Inaugural Parade in front of the White House, near the memorial fence at Black Live Matter Plaza in Washington, US December 1, 2020. /Reuters via CGTN

US District Judge Beryl Howell on Tuesday released a heavily redacted order that described what she called a "bribery-for-pardon" investigation.

About half of the 18-page document was blacked out, with the publicly available version providing few details of the alleged scheme, and naming none of the people potentially involved.

It said federal prosecutors in Washington said they had obtained evidence of a bribery scheme in which someone "would offer a substantial political contribution in exchange for a presidential pardon or reprieve of sentence."

The order said prosecutors were also investigating a "secret lobbying scheme" in which two unidentified individuals "acted as lobbyists to senior White House officials, without complying with the registration requirement of the Lobbying Disclosure Act."

The Justice Department had to ask Howell's permission to view certain emails between a lawyer and clients, who were not identified.

Howell granted the request in August, saying attorney-client privilege did not apply in that instance.

Prosecutors had said they planned to "confront" three unnamed individuals with the communications and finish their investigation.

A Justice Department spokeswoman did not immediately respond to requests for comment.

Presidents enjoy wide latitude under the US Constitution in pardoning people convicted of federal crimes. President Donald Trump last week pardoned his former national security adviser Michael Flynn, who had twice pleaded guilty to lying to the FBI during the investigation into Russian meddling in the 2016 presidential election.

That was the first of what is expected to be a string of pardons in Trump's final weeks in the White House.

According to Howell's order, the Justice Department had recently told her it wanted to keep the investigation from becoming public because it detailed "individuals and conduct" that had not yet been charged.