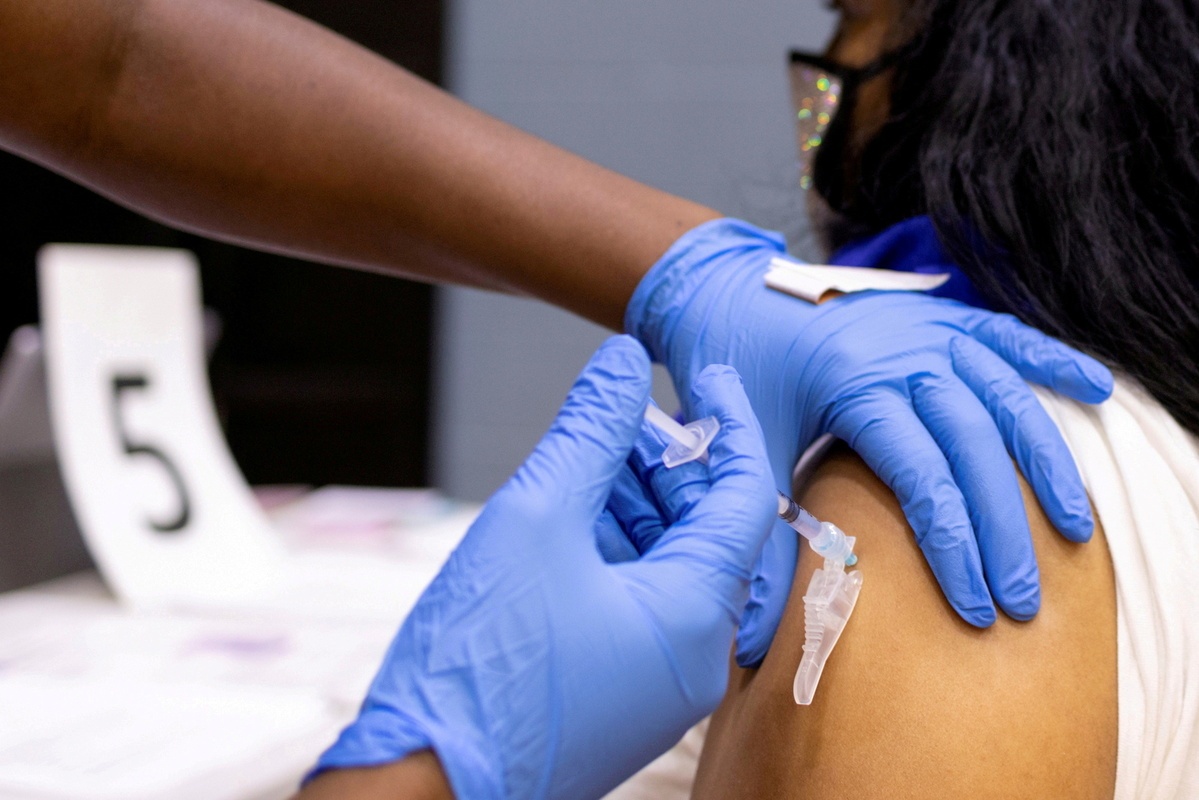 FILE PHOTO: A woman receives a COVID-19 vaccine at a clinic in Philadelphia, Pennsylvania, US, May 18, 2021. (Photo: Agencies)

US President Joe Biden on Wednesday announced a "month of action" to get more vaccine shots into arms before July 4, with an early summer sprint of incentives including free beer, babysitting and barbershop outreach to push Americans to roll up their sleeves.

In an afternoon address from the White House, Biden announced the new efforts to reach the administration's goal of vaccinating 70 percent of adults with at least one dose. As of Wednesday morning, 62.8 percent of American adults have received at least one shot, according to the Centers for Disease Control and Prevention(CDC). The country has to immunize about 20 million more adults to reach the 70 percent goal.

The White House said the "month of action" will use a public and private-sector partnership to encourage Americans to get shots.

American brewer Anheuser-Busch, which produces Budweiser beer, announced Wednesday that it would "buy Americans 21+ a round of beer" once Biden's 70 percent goal is met. The company said it will provide $5 credits for the beer to the first 200,000 people to respond when the nation reaches the vaccine threshold.

The White House also launched a handful of community-based outreach initiatives, including blanketing local media, providing colleges with resources and an effort to recruit 1,000 black-owned barbershops and beauty salons to provide "Shots at the Shop" to promote the nationwide vaccination effort and outreach in communities of color.

Participating organizations are encouraging barbers and hair stylists to take part in training about the coronavirus vaccines this month and hold vaccination clinics in their shops in partnership with health providers.

The White House also said that four of the nation's largest child-care providers will offer free childcare to all parents and caregivers getting vaccinated or recovering from vaccination from now until July 4.

Vaccine maker Moderna announced Tuesday it has begun applying to the FDA for full approval for its COVID-19 vaccine in people 18 and older. Approval will allow the company to market the shot directly to consumers.