US' reaction to oil cuts 'overblown' 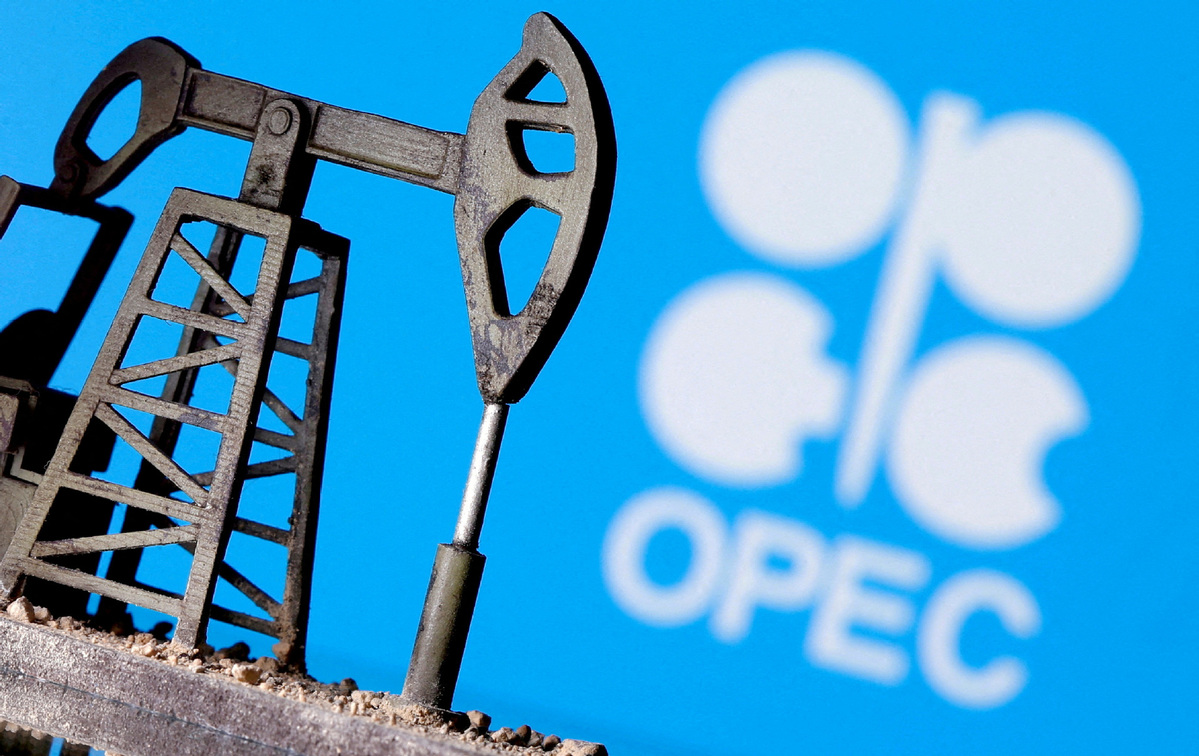 A 3D-printed oil pump jack is seen in front of displayed OPEC logo in this illustration picture, April 14, 2020. (Photo: Agencies)

Following the strategic decision of OPEC+ to curb oil production from November to ensure market stability, the reaction from politicians in the United States seems to be blown out of proportion, analysts observed.

They said some US politicians have overreacted by accusing the Organization of the Petroleum Exporting Countries of politicizing the oil cut and even going so far as to call for reevaluating US-Saudi Arabia relations. Some Western media reports also insinuated that the organization has sided with Russia in its conflict with Ukraine.

Ebrahim Hashem, an Asia Global fellow at the University of Hong Kong's Asia Global Institute, told China Daily that OPEC+ consists of 23 countries, and its decisions are made consensually.

"The reaction of some US politicians to the decision is overblown and unwarranted. They are influenced by their anxiety over the upcoming midterm elections in the US Congress," he said.

"Strategically, the mismanagement of the US oil industry and the deliberate lack of investment in oil production and refining capacity expansion are major contributory factors in the high prices the American consumers are experiencing at the pump.

"By deciding to reduce oil production by 2 million barrels a day, OPEC+ is trying to proactively address the expected economic downturn and prevent chaos in the oil markets. The decision has been made based on rigorous technical analysis of the global economy and the market trends of oil demand and supply."

Hashem also said OPEC+ has been the steady hand on the steering wheel of the oil markets, ensuring price and supply stability during global geopolitical and economic turbulence since 2019.

In a statement on Thursday, Saudi Arabia's Ministry of Foreign Affairs said its government expresses "total rejection" of the accusations that it was "taking sides in international conflicts and that it was politically motivated against the United States of America".

Further, while it strives to preserve the strength of its relations with all friendly countries, it "affirms its rejection of any dictates, action or efforts to distort its noble objectives to protect the global economy from oil market volatility".

It also said resolving economic challenges "requires the establishment of a nonpoliticized constructive dialogue, and to wisely and rationally consider what serves the interest of all countries".

Osama Rizvi, energy and economic analyst at data monitor Primary Vision Network, said the OPEC+ cut of 2 million barrels per day has taken many by surprise.

"However, as prices have been falling recently as recessionary fears overtake supply concerns, the oil-producing countries know that the demand will fall and that markets are already well supplied, if not oversupplied," Rizvi told China Daily.

"Therefore, they want to keep oil prices at a level that provides them a budgetary cushion."

Rizvi also said there is an inverse correlation between the dollar and commodities. As all commodities are priced in US dollars, a strong dollar makes it expensive for other countries to buy oil for example.

"A rising dollar weakens other currencies. The dollar index is at its 20-year high and many developing countries are facing issues of weakening currency, falling reserves and rising deficits. This will further affect oil demand," Rizvi said.

At its last meeting in September, OPEC+ decided to reduce oil production by 100,000 bpd this month. Crude prices have fallen to roughly $80 a barrel from more than $120 in early June amid growing fears about a possible global economic recession.

Asif Shuja, senior research fellow at the Middle East Institute at the National University of Singapore, believes that OPEC's latest move has deep strategic value and is linked to the US' plan to put a price cap on Russian oil before the European embargo on Russian oil takes effect on Dec 5.

Shuja said as the US has "made no secret" of its plan to deprive Russia of oil money by placing a price cap on Moscow's oil, the substitution of Russian oil with surplus oil pumped by Saudi Arabia and other countries could be read by Russia as a definite stance against it in the ongoing conflict.

Such actions under normal circumstances that could be seen as purely economic "translate into high strategic value" in times of conflict, he said.