The United States recorded about a million cases of COVID-19 over the past 10 days, the highest increase rate since the country reported its first case in January, Reuters reported recently. 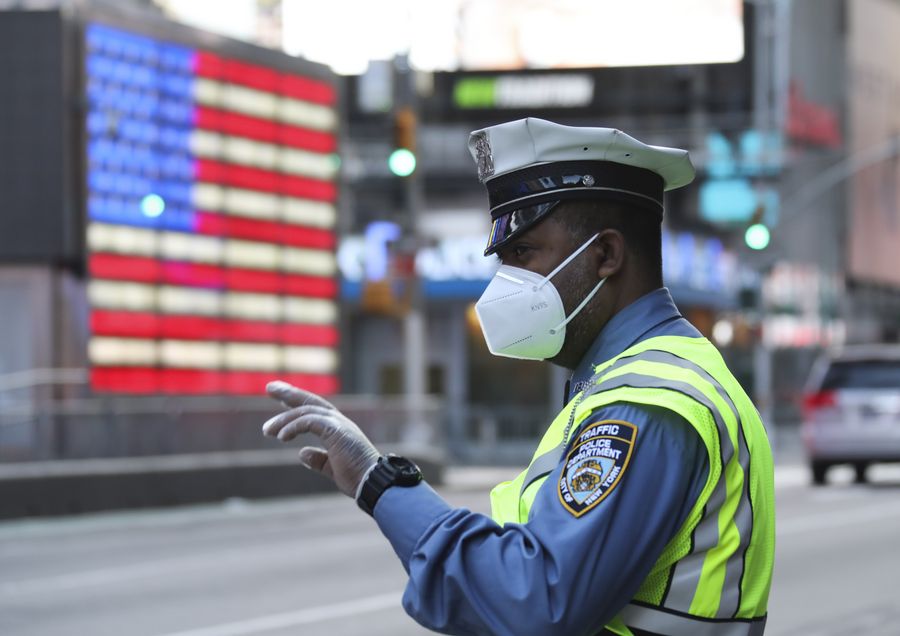 A traffic policeman is seen on Times Square in New York City, the United States, May 29, 2020. (Xinhua)

The total number of COVID-19 cases in the country reached 10 million on Monday, doubled in just three months since it hit 5 million on Aug. 9.
Texas recently overtook California to become the U.S. state with the most cases. Standing at 1,008,522 cases, the state is also the first to surpass 1 million cases. California reported 988,802 cases, followed by Florida with 852,174 cases and New York with 532,180 cases, according to the Center for Systems Science and Engineering at Johns Hopkins University.
New York remains the state with the highest number of deaths. The 33,705 cases of deaths recorded in the state account for about 14 percent of U.S. fatalities.