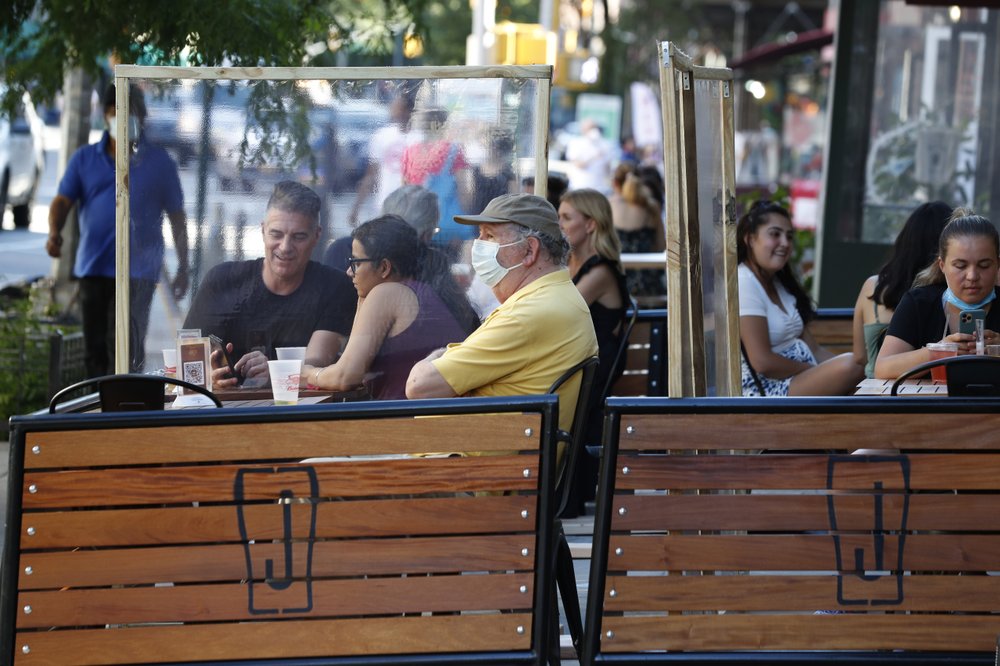 Plastic partitions separate patrons at Jake's Dilemma the first day of the phase two reopening of the city during the current coronavirus outbreak, Monday, June 22, 2020, in New York. In phase two, restaurants are allowed have customers seated for outdoor dining but with some restrictions. (File photo: AP)

The United States recorded at least 42,000 coronavirus infections in the last 24 hours, the Johns Hopkins University tally showed Monday, as the country confronts a rapid surge in the disease.

The new infections, concentrated in southern and western states, bring the total number of infections in the US to nearly 2.6 million, according to the Baltimore-based institution at 8:30pm (0030 GMT Tuesday).

The number of daily US deaths in the world's largest economic power continues to decline however, with 355 deaths in 24 hours.

Several state governors have been forced to reimpose lockdowns on businesses such as restaurants and bars, though the White House blames the rise in cases to record levels largely on expanded testing and not community spread.