WASHINGTON, Feb. 25 (Xinhua) -- Nearly 2,000 infection cases of coronavirus variants have been reported in the United States, according to the latest data of the US Centers for Disease Control and Prevention (CDC). 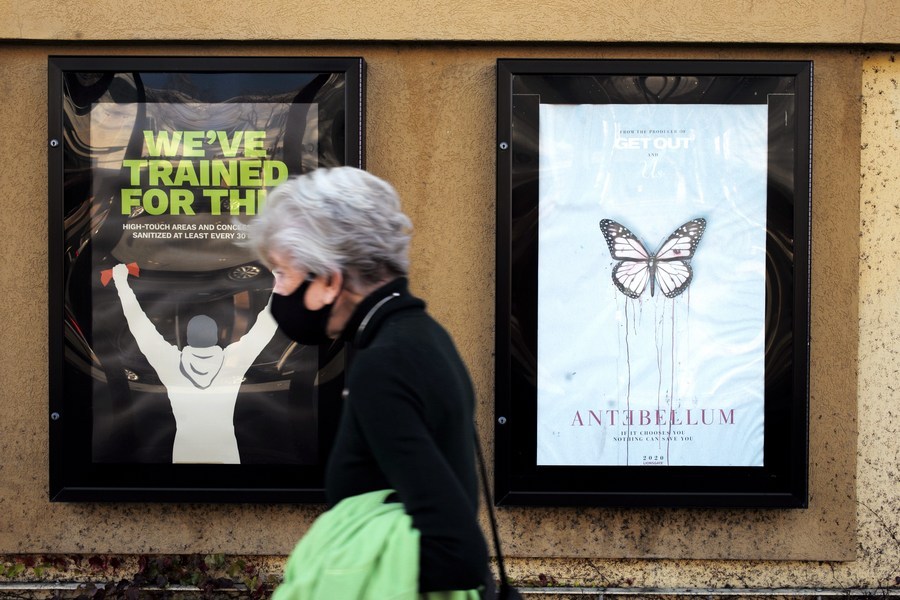 Modeling data suggest that B.1.1.7 could become the predominant variant in the United States in March, according to the CDC.

Meanwhile, a new coronavirus variant, known as B.1.526, is spreading in New York City, researchers said on Wednesday.

The new variant was first identified in samples collected in New York in November, and by mid-February represented about 12 percent of cases, according to researchers at Columbia University Vagelos College of Physicians and Surgeons.

They found that B.1.526 shares some worrying characteristics with B.1.351 and P.1. Several studies have suggested that those new variants are more resistant to some existing vaccines than earlier versions of the coronavirus.

Michel Nussenzweig, an immunologist at The Rockefeller University, said he was more worried about the variant in New York than the one quickly spreading in California. 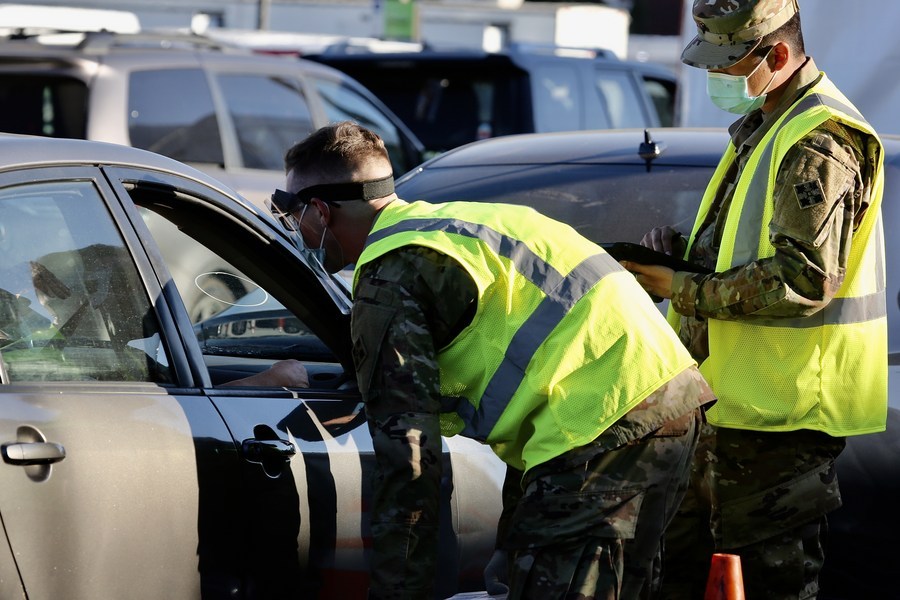 Members of the National Guard help motorists check at a COVID-19 vaccination site on the campus of California State University of Los Angeles in Los Angeles County, California, the United States, Feb. 22, 2021. (Xinhua)

The new variant detected in southern California, CAL.20C, caused a surge in local infections and is spreading through and beyond the United States, according to a research letter published in the Journal of the American Medical Association.

It possesses mutations in its spike protein that appear to make it not only more transmissible but also helps it to evade antibodies generated by the COVID-19 vaccines, according to researchers.

American company Moderna, which makes one of the two authorized COVID-19 vaccines in the United States, is set to launch a clinical trial of a new vaccine designed to combat B.1.351 variant, the company announced Wednesday.

Moderna said it has produced enough of its variant-specific candidate vaccine, called mRNA-1273.351, to begin testing it in people.

Key indicators of COVID-19 transmission in the United States continue to fall recently, but "it is too early to know if this is a turning point because new, more contagious variants are circulating in the country," Stanley Perlman, professor of microbiology and immunology at the University of Iowa, told Xinhua.

"We hope that the vaccine rollout will outweigh the variants spread," Perlman said.