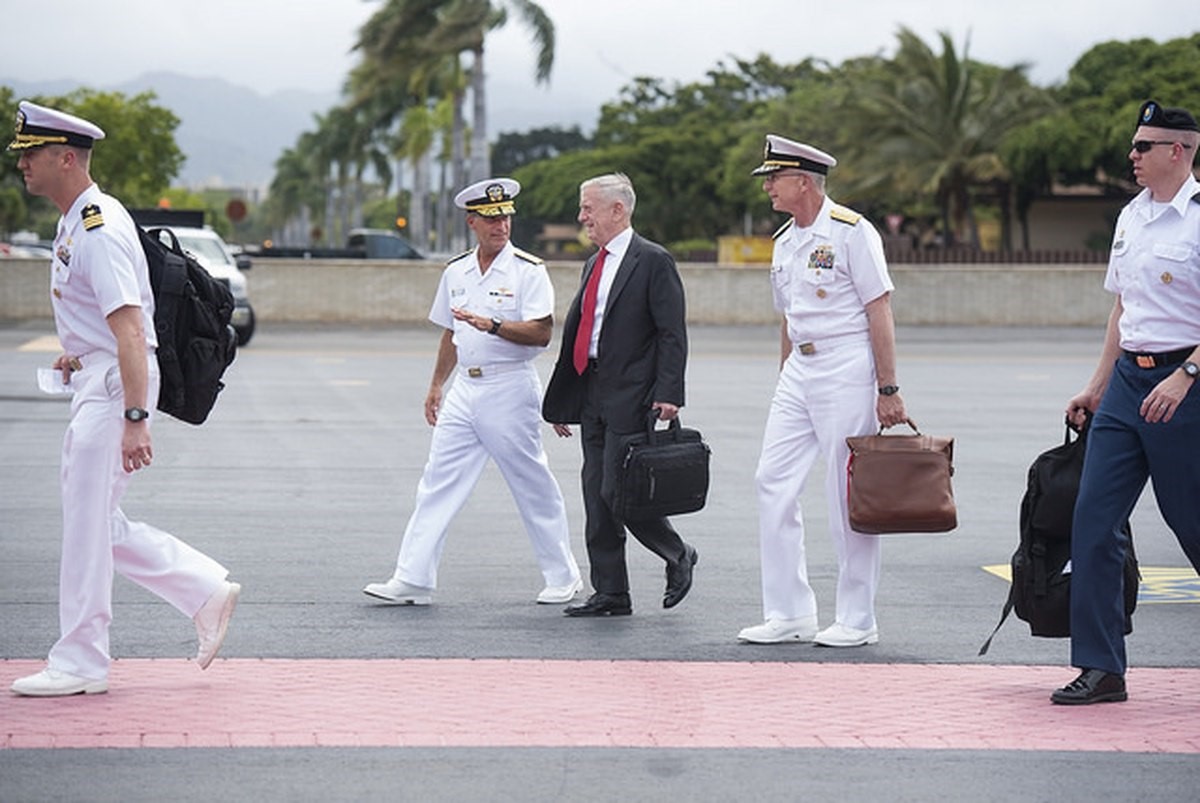 US Defense Secretary James Mattis on Wednesday announced the renaming of US Pacific Command.

He announced the name change at a ceremony held at Joint Base Pearl Harbor-Hickam, Hawaii.

"Further in recognition in increasing connectivity between the Indian and Pacific Oceans, today we rename the US Pacific Command to U.S. Indo-Pacific Command," said Mattis.

"Over many decades this command has repeatedly adapted to changing circumstance and today carries that legacy forward as America focuses West," he added.

Mattis noted the move signals a US resolve and lasting commitment to the Indo-Pacific.

"Defense leaders remain focused on efforts to strengthen relationships and modernize U.S. alliances in the Indo-Pacific region as a priority for 21st century security interests and sustaining US global leadership," tweeted U.S. Department of Defense in the wake of the ceremony.

Adm. Phil Davidson took command of US Pacific Command from outgoing commander Adm. Harry Harris at the ceremony. Harris was earlier nominated by President Donald Trump as the next US ambassador to South Korea.

Davidson is a 1982 graduate of the US Naval Academy. As a surface warfare officer, he has served across the globe in frigates, destroyers, cruisers and aircraft carriers. In his last assignments, he was commander of US Fleet Forces Command/Naval Forces U.S. Northern Command, and previously, commander of the US 6th Fleet and commander of Naval Striking and Support Forces NATO while simultaneously serving as deputy commander of US Naval Forces Europe and U.S. Naval Forces Africa.

The US Pacific Command is the oldest and largest among the six geographic Unified Combatant Commands of the United States Armed Forces and the one responsible for the Indo-Asia-Pacific region. Approximately 375,000 US military and civilian personnel are assigned to its domain, which encompasses about half Earth's surface, stretching from the waters off the US west coast to the western border of India, and from Antarctica to the North Pole.