WASHINGTON, March 28 (Xinhua) -- The United States has reported more than 2,000 COVID-19 deaths, according to the latest tally from Johns Hopkins University's Center for Systems Science and Engineering (CSSE). 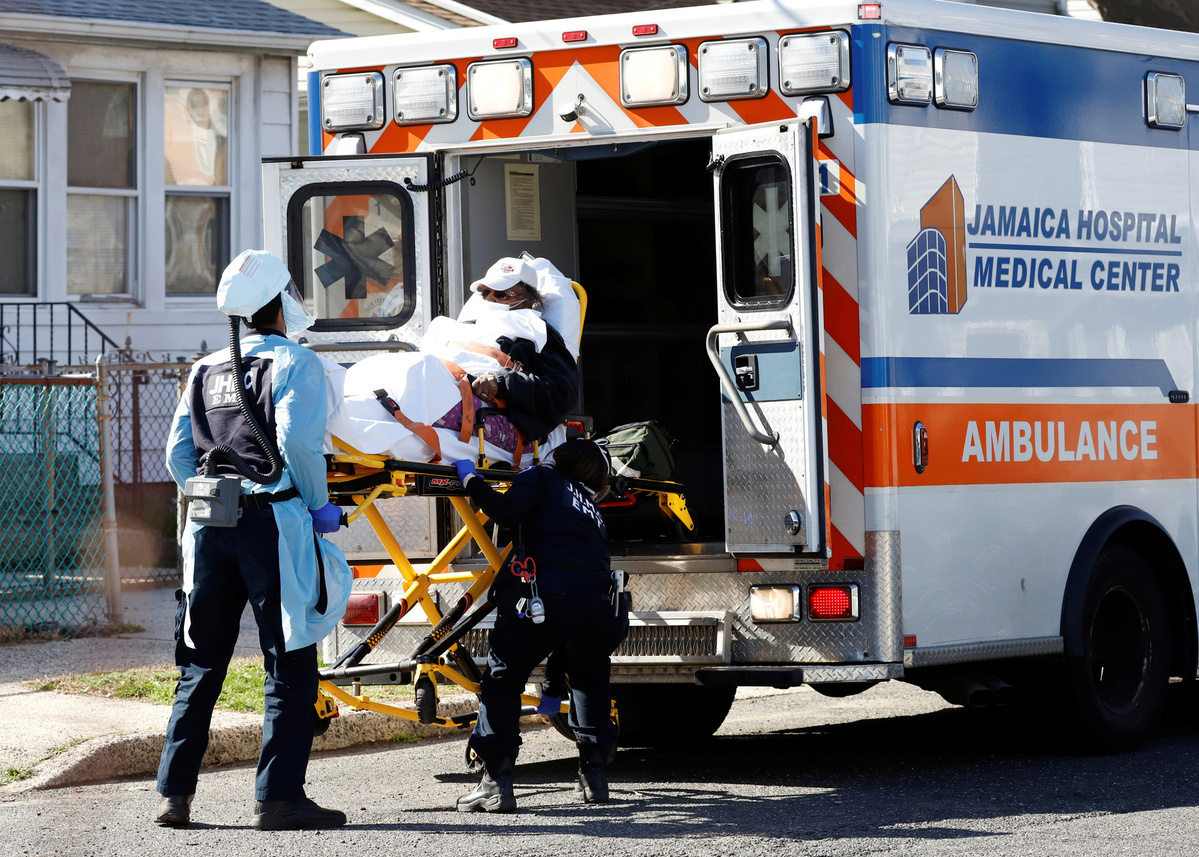 As of 6:40 p.m. on Saturday (2240 GMT), there were more than 121,000 confirmed cases in the United States, with 2,010 deaths, an interactive map maintained by the CSSE showed.
New York state's cases have topped 52,000, followed by states of New Jersey and California, with 11,124 and 5,065 cases respectively, according to the update.
As COVID-19 cases continued increasing, U.S. President Donald Trump floated an idea on Saturday of putting in place an "enforceable quarantine" on travel for some of the hardest-hit areas.
"Some people would like to see New York quarantined because it's a hot spot - New York, New Jersey, maybe one or two other places, certain parts of Connecticut quarantined. I'm thinking about that right now," Trump told reporters at the White House.
"We might not have to do it but, there's a possibility that sometime today we'll do a quarantine - short term," he added.
New York Governor Andrew Cuomo, in an interview with CNN on Saturday, said that he did not believe a possible New York quarantine was legal and that it would be a "federal declaration of war."
"It would be chaos and mayhem," said Cuomo, who has ordered New York residents to stay at home as much as possible. "It's totally opposite everything he's been saying. I don't think it is plausible. I don't think it is legal."
Globally, the number of COVID-19 cases has exceeded 650,000, with more than 30,000 deaths, while nearly 140,000 people have recovered from the disease, according to the latest tally on Saturday.