The United States reported nearly 100,000 COVID-19 cases on Friday, setting the highest single-day number of cases recorded around the world. 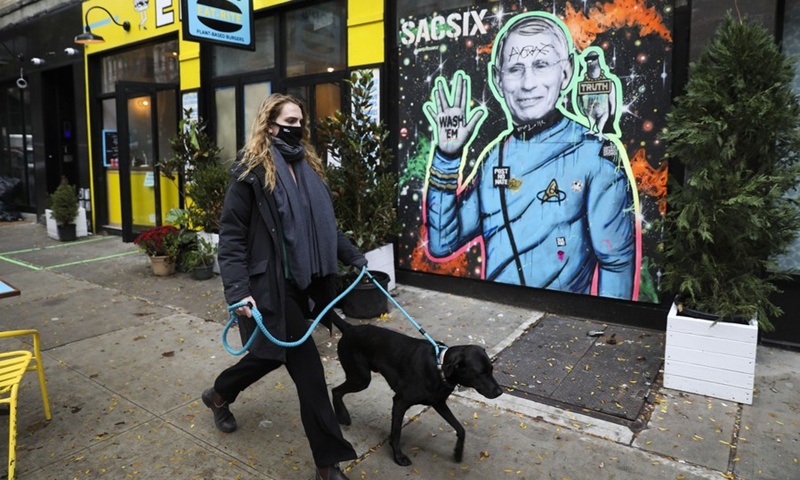 A woman wearing a face mask walks her dog past a mural of Anthony Fauci, director of the US National Institute of Allergy and Infectious Disease, in New York, the United States, Oct. 30, 2020. (Xinhua/Wang Ying)

It was also the fifth time in a week that daily cases in the United States topped over 80,000.

Friday's number surpassed the previous daily record held by India, which reported 97,894 coronavirus cases in a single day on Sept. 17, according to India's health ministry. 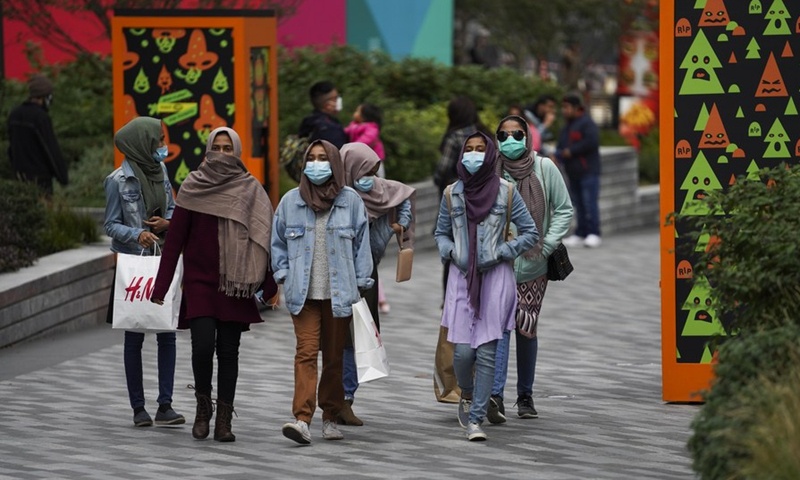 The United States has recorded more than 9,079,000 confirmed COVID-19 cases and over 230,000 deaths as of Saturday afternoon, according to the real-time count kept by Johns Hopkins University.

It took only 14 days for the country to add one million new cases from 8 million to 9 million, the fastest rate since the pandemic began.

Confirmed cases and deaths have skyrocketed across the United States in recent days. The surge in cases was not driven by an increasing number of tests, according to the COVID Tracking Project, because the cases increase rate far outpaced the test growth.

The country reported a record number of tests at 8.2 million, but the case growth was 24 percent, compared with test growth of 9 percent.

Fourteen states and one US territory reported record high hospitalizations Friday, according to the tracking project. 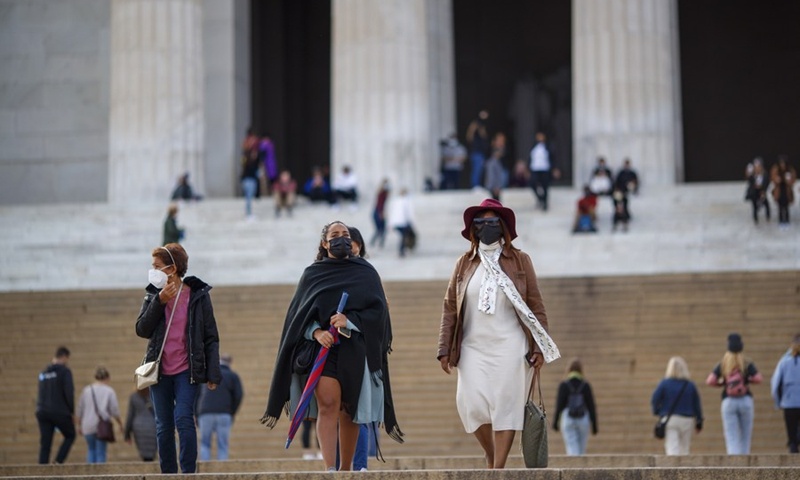 Experts warned hospitals could become overwhelmed as the number of coronavirus cases continues to climb.

According to the new forecast from the Institute for Health Metrics and Evaluation (IHME) at the University of Washington, the COVID-19 death toll in the United States would reach 399,163 by Feb. 1.

"The fall/winter surge should lead to a daily death toll that is approximately three times higher than now by mid-January," the IHME said in its latest forecast.

Anthony Fauci, director of the U.S. National Institute of Allergy and Infectious Diseases, reiterated caution on the nation's outlook.

"I think it will be easily by the end of 2021, and perhaps even into the next year, before we start having some semblances of normality," Fauci said during a panel discussion earlier this week.