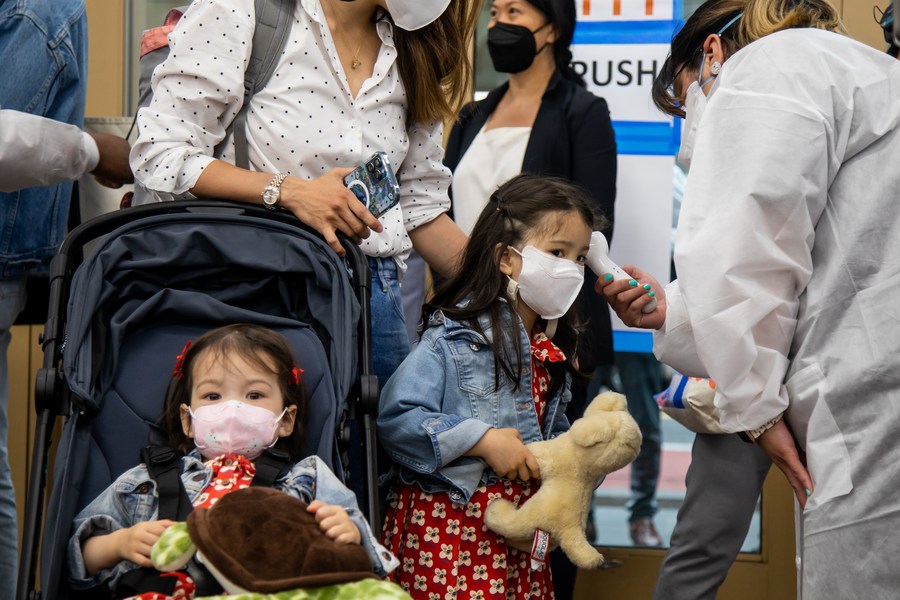 LOS ANGELES, June 27 (Xinhua) -- Nearly 330,000 child COVID-19 cases had been reported in the United States in the past four weeks, according to the latest report published Monday by the American Academy of Pediatrics (AAP) and the Children's Hospital Association.

Approximately 5.8 million child COVID-19 cases had been added in the United States this year, according to the report.

Over 13.6 million children in the United States had tested positive for COVID-19 since the onset of the pandemic, said the report.

There is an urgent need to collect more age-specific data to assess the severity of illness related to new variants as well as potential longer-term effects, said the AAP.

"It is important to recognize there are immediate effects of the pandemic on children's health, but importantly we need to identify and address the long-lasting impacts on the physical, mental, and social well-being of this generation of children and youth," said the AAP.