WORLD US reports show racial disparities in kids with COVID-19

US reports show racial disparities in kids with COVID-19 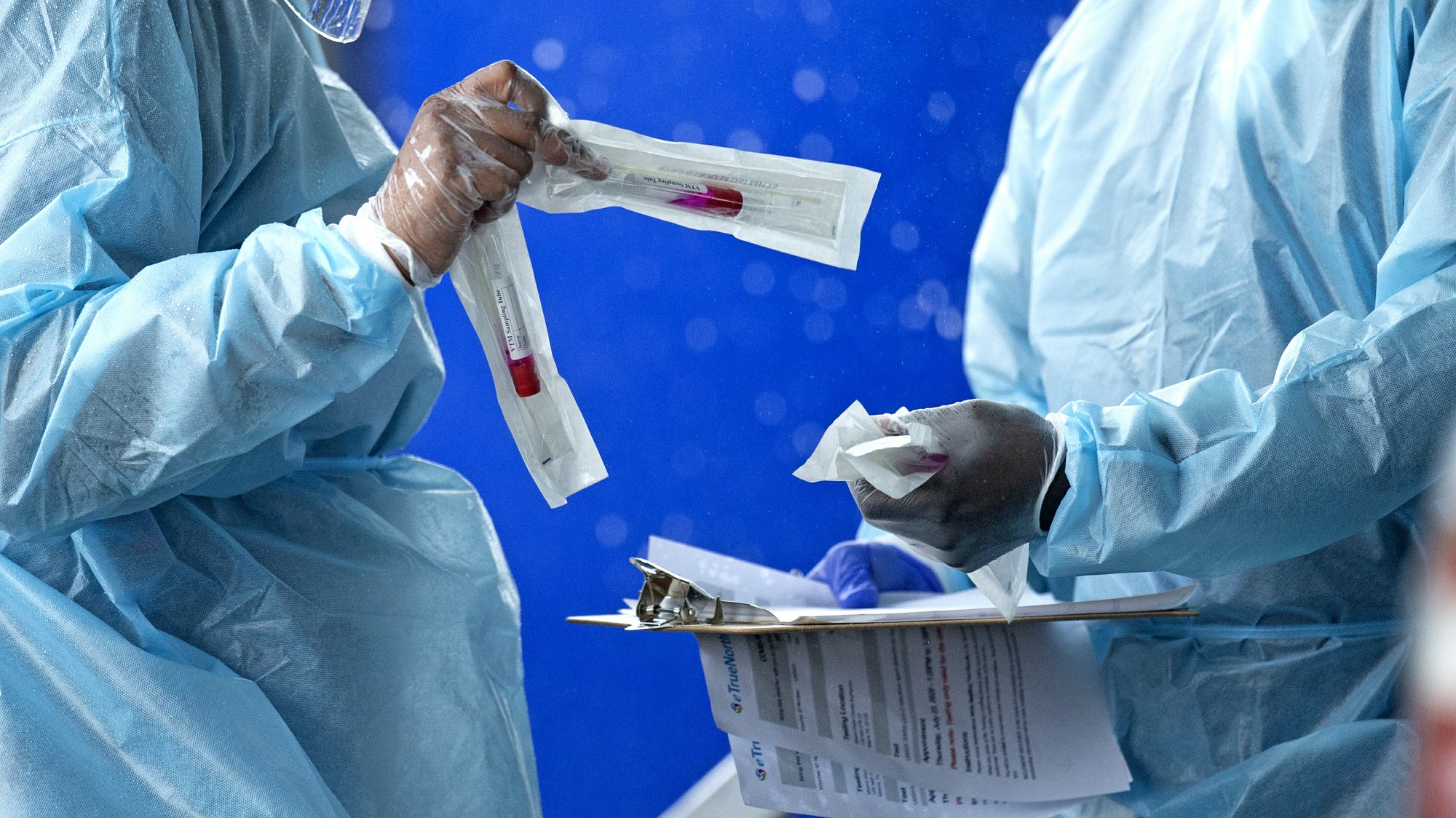 In this July 23, 2020 file photo, health care workers prepare a COVID-19 test sample before a person self-administered a test at the COVID-19 drive-thru testing center at Miami-Dade County Auditorium in Miami. (Photo: AP)

The second report examined cases of a rare virus-associated syndrome in kids. It found that nearly three-quarters of the children with the syndrome were either Hispanic or Black, well above their representation in the general population.

The coronavirus has exposed racial fractures in the U.S. health care system, as Black, Hispanic and Native Americans have been hospitalized and killed by COVID-19 at far higher rates  than other groups.

Meanwhile, the impact of the virus on children has become a political issue. President Donald Trump and some other administration officials have been pushing schools to re-open, a step that would allow more parents to return to work and the economy to pick up.

On Wednesday, Facebook deleted a post by Trump for violating its policy against spreading misinformation about the coronavirus. The post featured a link to a Fox News video in which Trump says children are "virtually immune" to the virus.

The vast majority of coronavirus cases and deaths have been in adults, and kids are considered less likely to have serious symptoms when they're infected. Of the nearly 5 million cases reported in the U.S. as of Wednesday, about 265,000 were in children 17 and under — about 5%. Of the more than 156,000 deaths reported at that time, 77 were children — about 0.05%.

But Friday's CDC reports are a "gut punch" reminder that some children are getting seriously ill and dying, said Carrie Henning-Smith, a University of Minnesota researcher who focuses on health disparities.

"It's clear from these studies, and from other emerging research, that kids are not immune," she said. "Kids can pass along COVID, and they can also suffer the effects of it."

She said studies should give community leaders pause about opening schools. "We need to be really, really careful. We are potentially talking about putting children in unsafe situations," Henning-Smith said.

Chantel Salas, a Hispanic girl from the farmworking town of Immokalee, Florida, spent more than 50 days hospitalized with COVID-19. The 17-year-old had fallen ill only days after taking a picture with her diploma for her high-school graduation.

At one point, her 41-year-old mother, Erika Juarez, was told to say goodbye to her only daughter.

"It was the scariest thing I have ever had to go through," said Juarez, who works at a shipping warehouse. "She had no oxygen in her body. This thing affected all the organs in her body."

Juarez said Salas had no underlying health conditions and she still is not sure how she got infected because no one in her household got ill. The teen eventually was put on a machine that adds oxygen to blood before pumping it back into the body, a last resort effort to save her life. She was discharged about three weeks ago and is now recovering at home.

"They keep saying she is a miracle," she said. "She recovered fast because she was very motivated."

The first CDC report released Friday was based on cases from 14 states. The researchers counted 576 hospitalizations of kids from March 1 through July 25. At least 12 were sick enough to need a machine to help them breathe. One died.

As with adults, many of the hospitalized children had existing health problems, including obesity, chronic lung conditions and — in the case of infants — preterm birth.

Larger percentages of Hispanic and Black kids may go to hospital emergency rooms when they're sick, which could be driven by difficulty getting into — or paying for — doctor's office visits. That lack of access to regular health-care could lead to more severe illness, he suggested.

The second CDC report focused on 570 kids diagnosed with a rare condition, which CDC calls multisystem inflammatory syndrome in children, or MIS-C. Ten of them died.

Some children with the syndrome have symptoms resembling Kawasaki disease, another rare childhood condition that can cause swelling and heart problems. Other symptoms include fever, abdominal pain, vomiting, diarrhea, neck pain, rash, bloodshot eyes or feeling extra tired.

"The underlying problem that results in MIS-C seems to be a dysfunction of the immune system," said Dr. Ermias Belay, who is leading the CDC team looking into MIS-C cases.

The immune system kicks into overdrive when it sees the virus, releasing chemicals that can damage different organs, he added.

In the study, many of the patients with the condition had severe complications, including inflammation of the heart, shock, and kidney damage. Nearly two-thirds of the cases overall were admitted to intensive care units, and the average ICU stay was five days.

The report found that 13% of kids with the condition were white, while more than 40% were Hispanic and 33% were Black. Overall, about half of U.S. children are white, around 25% Hispanic and about 14% are Black, according to population estimates.

Scientists are still learning about the condition. Experts say genetics has nothing to do with why some racial and ethnic groups are more likely to be infected by the virus, get seriously sick from it or die from it. But it's not yet clear if genetics play a role in the childhood inflammation condition, Shahpar and Belay said.