WORLD US Republicans push for Biden's son to give impeachment testimony

US Republicans push for Biden's son to give impeachment testimony 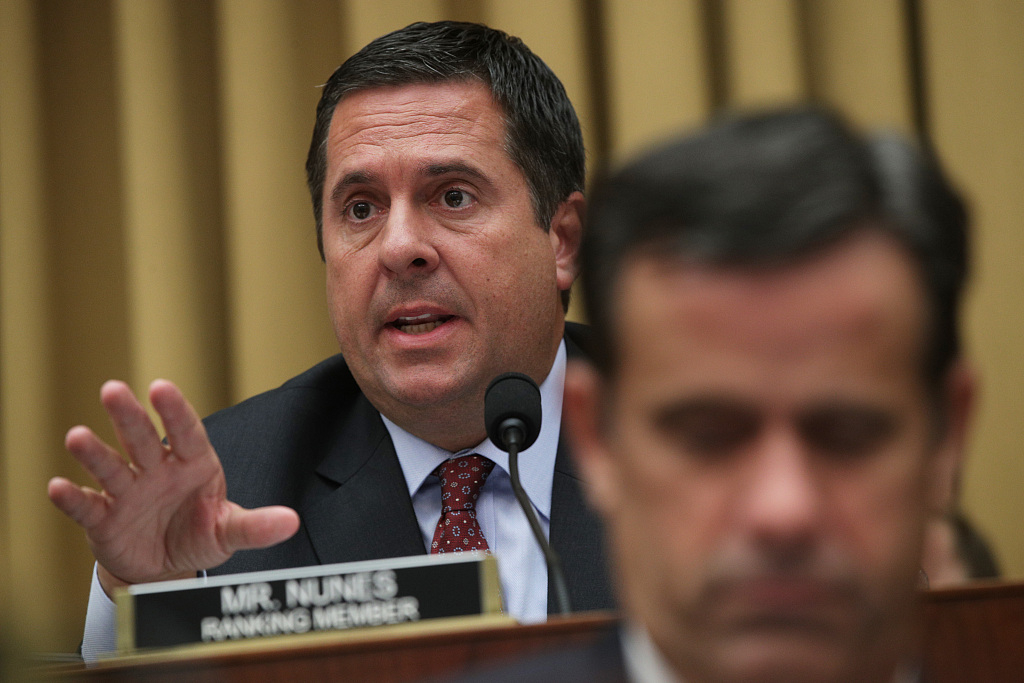 The U.S. Republican party on Saturday fought back against an impeachment investigation into President Donald Trump by calling for the son of his main rival Joe Biden to be called as a witness.

Trump has accused the Bidens of unspecified corruption due to Hunter Biden's role as a director of Ukraine energy company Burisma when Joe Biden – now a leading candidate to challenge Trump in the 2020 election – was vice president.

Devin Nunes, the senior Republican on the House Intelligence Committee, which is holding impeachment hearings, said Burisma reportedly paid Hunter Biden 50,000 U.S. dollars a month to sit on its board.

Hunter Biden's "firsthand experiences with Burisma can assist the American public in understanding the nature and extent of Ukraine's pervasive corruption," Nunes wrote.

Trump has dismissed all allegations of misconduct after he pressed Ukraine President Volodymyr Zelensky to open a graft investigation into the Bidens.

Nunes said testimony from Hunter Biden would boost transparency in an "opaque and unfair process."

He also called for the whistleblower who reported a July phone call between Trump and Zelensky to be called as a witness.

Democrats, who control the House of Representatives, must approve witness requests submitted by Republicans.

Democratic lawmaker Adam Schiff, who is leading the impeachment probe, said the Intelligence Committee would "give due consideration to witnesses within the scope of the impeachment inquiry."

But he vowed the inquiry would not be "a vehicle to undertake the same sham investigations into the Bidens... that the president pressed Ukraine to conduct for his personal political benefit."

The Democrats are aiming to make Trump only the third president in U.S. history to be impeached, which would see him go on trial for removal in the Republican-dominated Senate.

Trump has defended the July phone call with Zelensky, despite the rough transcript released by the White House appearing to support the allegations against him.

More than a dozen witnesses so far appear to have also broadly backed the Democrats' allegations, which include a charge that Trump held up military aid for Ukraine to force it to investigate the Bidens.

The impeachment hearings have been held behind closed doors but will be held in public starting next week.