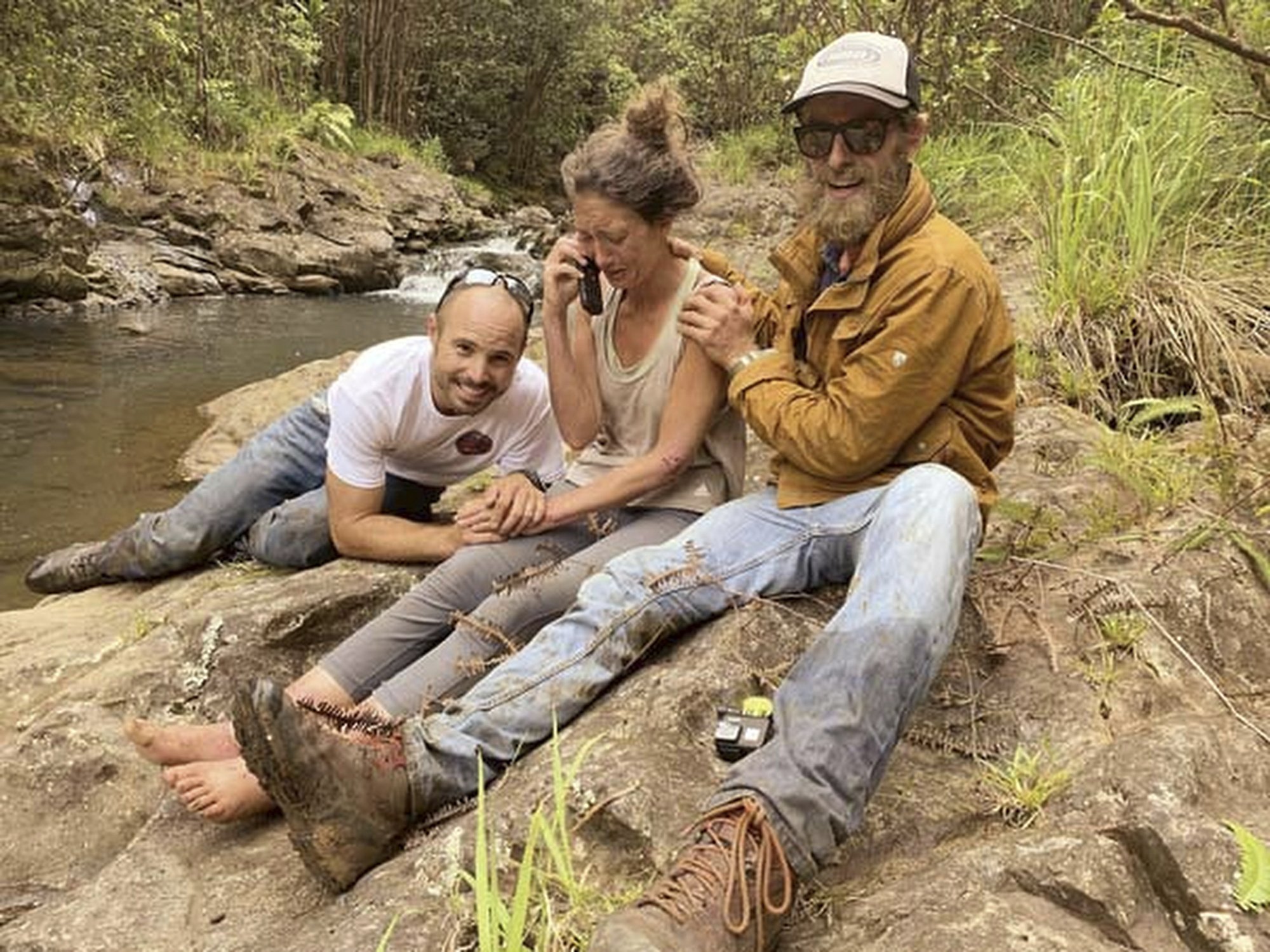 Amanda Eller, second from left, after being found by searchers, Javier Cantellops, far left, and Chris Berquist, right, above the Kailua reservoir in East Maui, Hawaii, on Friday afternoon May 24, 2019.  (Photo: AP)

Three volunteer rescuers who found a hiker more than two weeks after she disappeared in a Hawaii forest described their elation and relief after spotting her near a waterfall in deep vegetation.

Javier Cantellops, Chris Berquist and Troy Helmers said Monday that they saw Amanda Eller from a helicopter Friday, 17 days after the 35-year-old physical therapist and yoga instructor went for hike on a Maui trail.

When they saw her, Helmers says he was in disbelief anybody would be hiking in the area. Berquist told CBS that they were “crying and screaming and laughing” when they reached her.

Cantellops told the “Today” show that “wrapping my arms around her was the greatest moment I can say about my life.”

Eller broke her leg and got a skin infection and severe sunburn but says in a Facebook video from her hospital bed that she “chose life”.