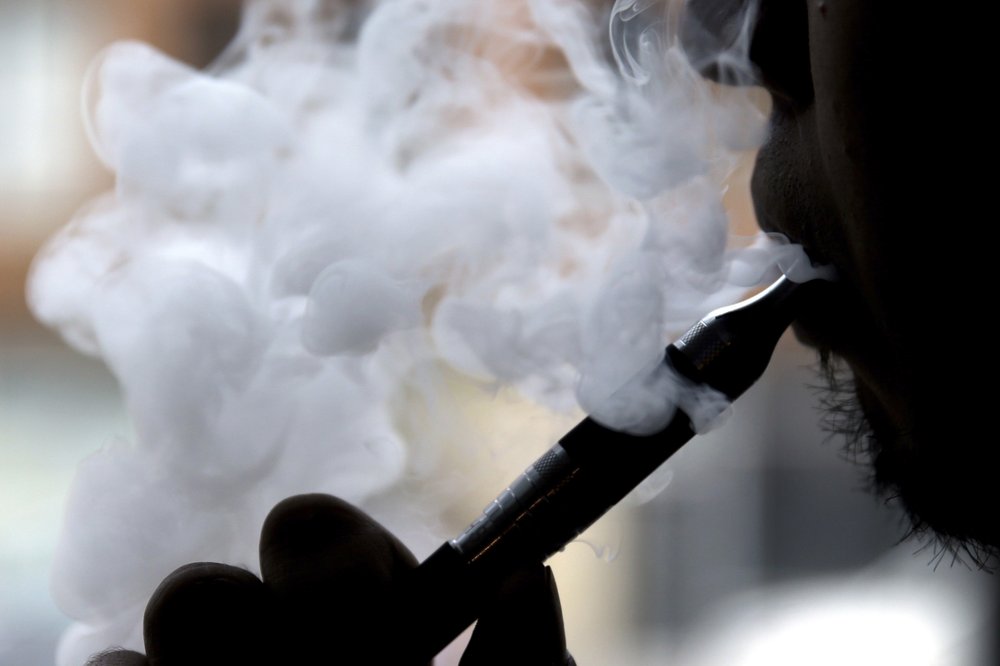 In this April 23, 2014 file photo, a man smokes an electronic cigarette in Chicago. On Friday, Aug. 30, 2019, the Centers for Disease Control and Prevention said they are investigating more cases of a breathing illness associated with vaping. (Photo: AP)

WASHINGTON, Sept. 8 (Xinhua) -- US investigators found a new characteristic of the vaping-associated respiratory diseases reported across the country in recent months, potentially allowing doctors to diagnose the syndrome more quickly and provide the right treatment sooner.

It came after the number of possible cases of severe lung illnesses among people who vaped nicotine or cannabis-related products has increased to 450, killing at least three people in the United States.

The study published in the latest edition of the New England Journal of Medicine showed that within the lungs of those patients are large immune cells containing numerous oily droplets, called lipid-laden macrophages.

Researchers from University of Utah identified the lipid-laden macrophages in six out of six cases seen at a hospital in Salt Lake City. Macrophages are a type of cell from the immune system that gather at sites of infection and perform the role of cleaning up debris.

The cells were found in samples after the fluid was squirted into a small section of the lungs and then collected for examination.

The researchers suggested the lung illness associated with vaping may be lipoid pneumonia, a specific form of lung inflammation that develops when lipids enter the bronchial tree.

Additional testing will need to be done to determine whether the vaping illness can be categorized as a new kind of lipoid pneumonia, according to the study.

But the US Food and Drug Administration said they found no one substance, including Vitamin E acetate, has been identified in the 120 samples they tested.

In 2018, more than 3.6 million US youth, including one in five high school students and one in 20 middle school students, use e-cigarette, according to the US Centers for Disease Control and Prevention.