WASHINGTON, Feb. 19 (Xinhua) -- U.S. researchers mapped the first 3D atomic-scale structure of a key 2019 novel coronavirus protein, making a breakthrough toward developing vaccines, therapeutic antibodies and diagnostics, according to a study published online in the journal Science on Wednesday. 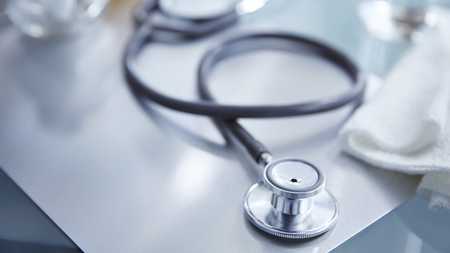 Researchers from the University of Texas at Austin (UT Austin) and the U.S. National Institutes of Health used the cryogenic electron microscopy to map the spike protein of the virus that causes COVID-19.

They designed and produced samples of the stabilized spike protein after the team received the genome sequence of the virus from Chinese researchers, and then reconstructed the 3D atomic-resolution map.

The findings may provide a potential explanation for the apparent easy human-to-human transmission demonstrated by the novel coronavirus, but Jason McLellan, associate professor at UT Austin who led the study, told Xinhua that it's still unclear whether this higher affinity binding has any impact on the transmissibility of the virus.

He has sent the atomic coordinates of the spike protein to many laboratories, with the majority based in China. "About 25 labs from China have asked for them so far," he said.

Researchers can use the coordinates to begin virtual drug screening to identify small molecules that may bind to the spike and disrupt its function, or to design novel protein molecules or antibodies that bind to the spike and inhibit its function, as well as to perform protein engineering to try and make variants of the spike with improved properties, such as higher expression levels or thermal stability, which can be advantageous for vaccine development, McLellan said.

The research team has tested several published monoclonal antibodies specific to SARS virus, but found that they do not have appreciable binding to the 2019 novel coronavirus, which suggested that those antibodies may not be that effective in inhibiting the novel coronavirus.

McLellan said that there may be some rare antibodies that bind both viral spikes very tightly.

"The surface of the spike proteins from both viruses are about 75 percent the same, so it depends on where the antibodies bind ... If an antibody binds to a region of the spike where there are many amino acid differences between the two viruses, then it will either not cross-react or will cross-react poorly," he said.