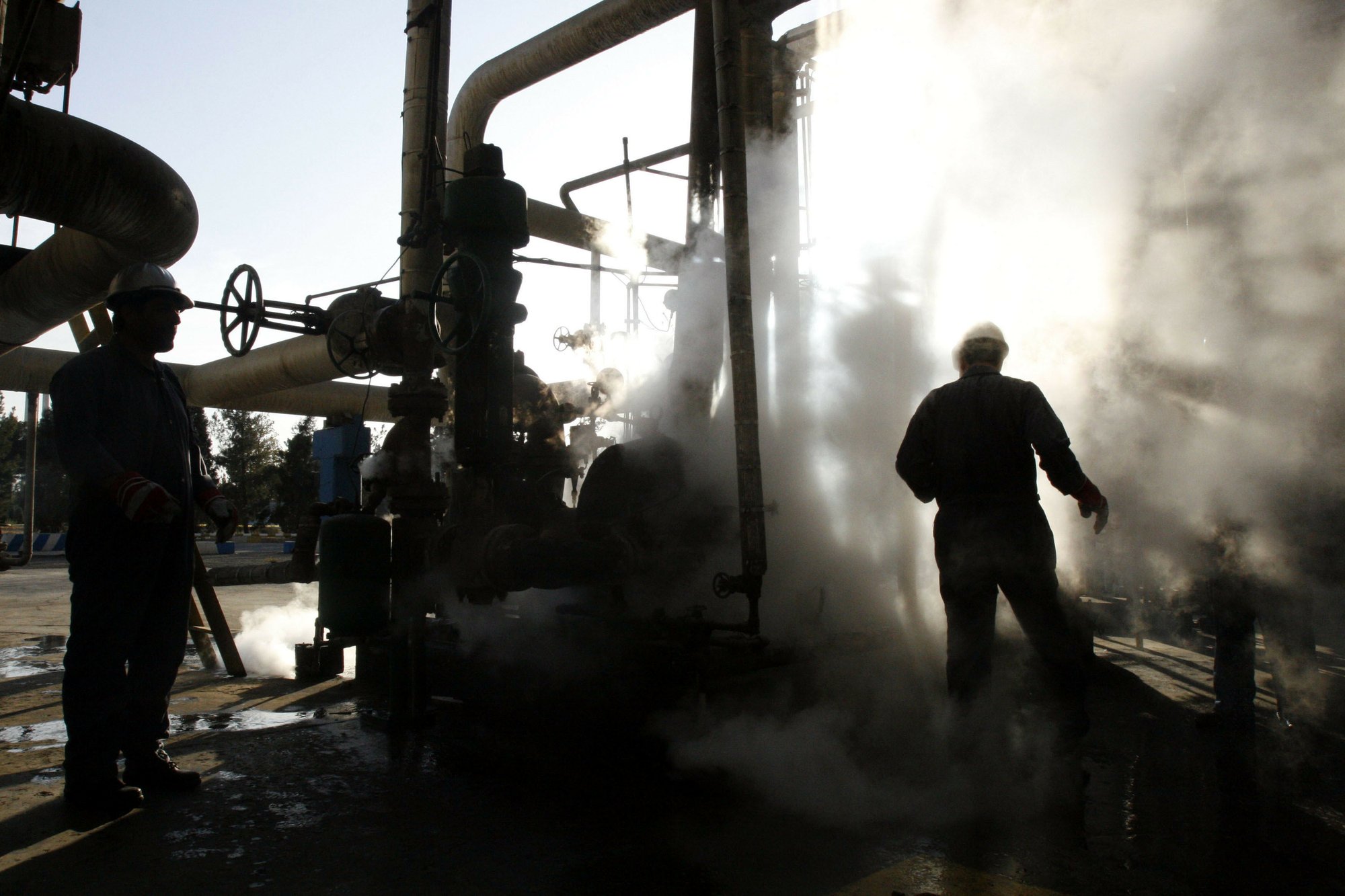 The Trump administration on Friday restored U.S. sanctions on Iran that had been lifted under the 2015 nuclear deal, but carved out exemptions for eight countries that can still import oil from the Islamic Republic without penalty.

The sanctions take effect Monday and cover Iran’s shipping, financial and energy sectors. They are the second batch the administration has re-imposed since Trump withdrew from the landmark accord in May.

The 2015 deal, one of former President Barack Obama’s biggest diplomatic achievements, gave Iran billions of dollars in sanctions relief in exchange for curbs on its nuclear program, which many believed it was using to develop atomic weapons. Trump repeatedly denounced the agreement as the “worst ever” negotiated by the United States and said it gave Iran too much in return for too little.

But proponents as well as the other parties to the deal — Britain, China, France, Germany, Russia and the European Union — have vehemently defended it. The Europeans have mounted a drive to save the agreement without the U.S., fearing that the new sanctions will drive Iran to pull out and resume all of its nuclear work.

Friday’s announcement comes just days before congressional midterm elections in the U.S., allowing Trump to highlight his decision to withdraw from the deal — a move that was popular among Republicans.

Shortly after the announcement, Trump tweeted what looks like a movie poster image of himself that takes creative inspiration from the TV series “Game of Thrones” with the tagline “Sanctions are Coming, November 5.” In a statement issued Friday night, Trump said, “Our objective is to force the regime into a clear choice: either abandon its destructive behavior or continue down the path toward economic disaster.”

Secretary of State Mike Pompeo said the sanctions are “aimed at fundamentally altering the behavior of the Islamic Republic of Iran.” He has issued a list of 12 demands that Iran must meet to get the sanctions lifted that include an end to its support for terrorism and military engagement in Syria and a halt to nuclear and ballistic missile development.

Pompeo said eight nations will receive temporary waivers allowing them to continue to import Iranian petroleum products as they move to end such imports entirely. He said those countries, which other officials said would include U.S. allies such as Turkey, Italy, India, Japan and South Korea, had made efforts to eliminate their imports but could not complete the task by Monday.

The waivers will be valid for six months, during which time the importing country can buy Iranian oil but must deposit Iran’s revenue in an escrow account. Iran can spend the money but only on a narrow range of humanitarian items.

Pompeo defended the oil waivers and noted that since May, when the U.S. began to press countries to stop buying Iranian oil, Iran’s exports had dropped by more than 1 million barrels per day.

He said the Iranian economy is already reeling from the earlier sanctions, with the currency losing half its value since April and the prices of fruit, poultry, eggs and milk skyrocketing.

Some Iran hawks in Congress and elsewhere said Friday’s move should have gone even further. They were hoping for Iran to be disconnected from the main international financial messaging network known as SWIFT.

With limited exceptions, the re-imposed U.S. sanctions will hit Iran as well as countries that do not stop importing Iranian oil and foreign firms that do business with blacklisted Iranian entities, including its central bank, a number of private financial institutions, and state-run port and shipping firms, as well as hundreds of individual Iranian officials.

“Our ultimate aim is to compel Iran to permanently abandon its well-documented outlaw activities and behave as a normal country,” Pompeo told reporters in a conference call with Treasury Secretary Steven Mnuchin.

Mnuchin said 700 more Iranian companies and people would be added to the sanctions rolls. Those, he said, would include more than 300 that had not been included under previous sanctions.

Israel, which considers Iran an existential threat and opposed the deal from the beginning, welcomed Friday’s announcement.

“Thank you, Mr. President, for restoring sanctions against an Iranian regime that vows and works to destroy the Jewish state,” Israeli Ambassador to the U.S. Ron Dermer said in a tweet.

Mnuchin defended the decision to allow some Iranian banks to remain connected to SWIFT, saying that the Belgium-based firm had been warned that it will face penalties if sanctioned institutions are permitted to use it. And, he said that U.S. regulators would be watching closely Iranian transactions that use SWIFT to ensure any that run afoul of U.S. sanctions would be punished.