WORLD US restricts visas for Nicaraguan officials over pre-election crackdown

US restricts visas for Nicaraguan officials over pre-election crackdown

The United States has slapped visa restrictions on 19 Nicaraguan officials that it accuses of being complicit in a sweeping government crackdown on the opposition ahead of November polls. 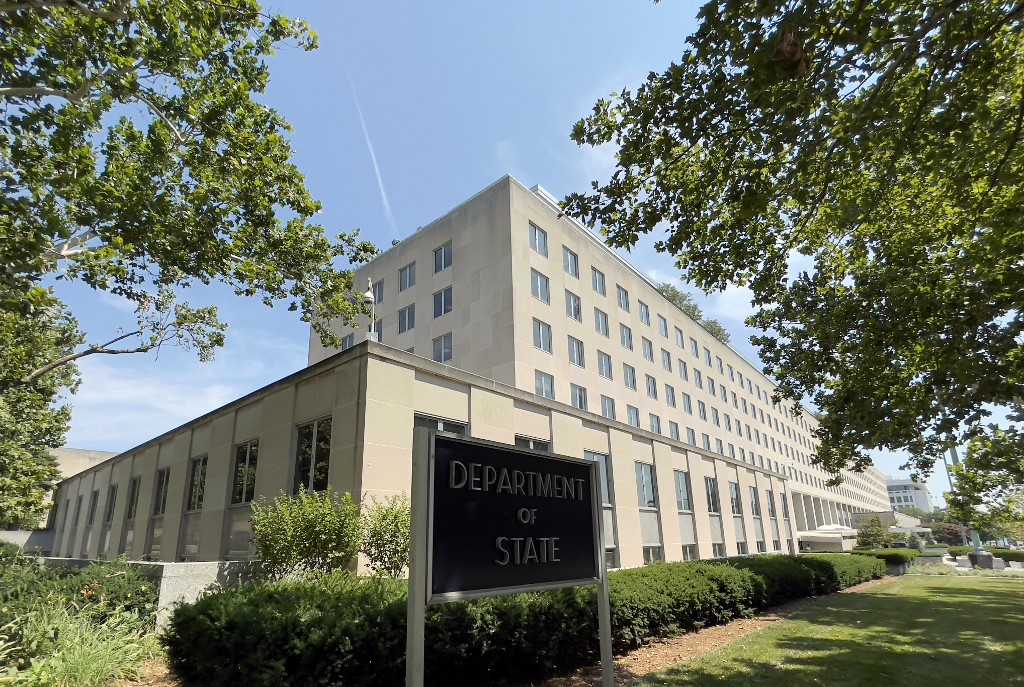 The United States Department of State is pictured in Washington, DC on August 6, 2021. (Photo: AFP)

The restrictions apply to election and party officials who enabled the president's "attack on democracy", the US State Department said in a statement Friday.

"President Daniel Ortega and his wife, Vice President Rosario Murillo, have intimidated anyone opposed to their efforts to entrench their power in Nicaragua," the State Department said.

Ortega is preparing to seek his fourth consecutive term since returning to power in 2007.

Over the last two months, at least 31 of Nicaragua's opposition figures, including potential presidential candidates, have been detained, while the main opposition party was disqualified from the upcoming presidential polls.

The State Department's announcement on Friday adds to the more than 150 Nicaraguans hit with visa restrictions since July. The list includes legislators and judges that the US said were involved in the Nicaraguan government's campaign against political opponents.

Oretega has accused the opposition of trying to overthrow him with the support of Washington.

His government faces US and European sanctions and has been accused of humans rights violations and the repression of opposition figures since anti-government protests in 2018.

A former leftist guerrilla, Ortega previously governed Nicaragua from 1979 to 1990 when the United States backed armed opposition to his Sandinista movement.