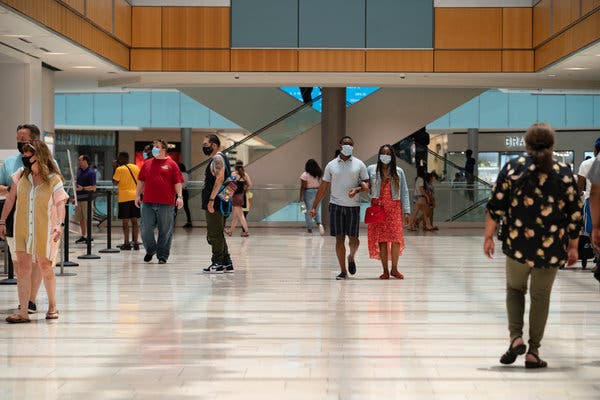 US retail sales continued to rise in June but at a much slower pace, gaining 7.5 percent compared to May, according to government data released Thursday.

The increase was better than economists were expecting, but far slower than the 18.2 percent surge in May, the Commerce Department reported. The June increase amounted to over $524 billion.