WORLD US retailers stock up inventory to mitigate tariff impact

US retailers stock up inventory to mitigate tariff impact 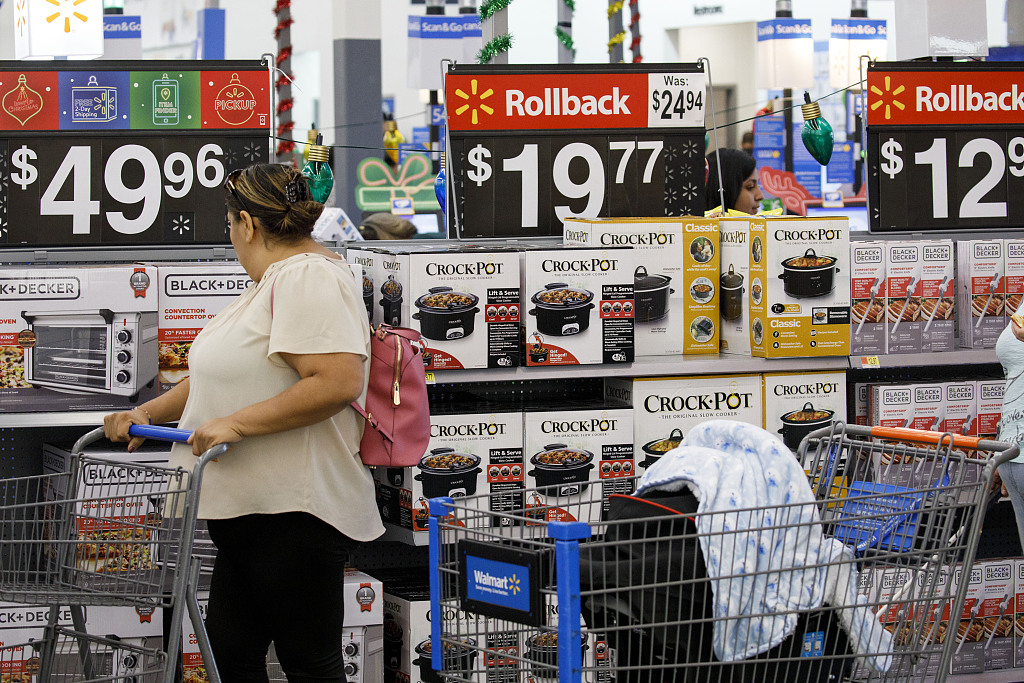 A customer browses products at a Walmart Inc. store in Burbank, California, US, on Monday, Nov 19, 2018. (Photo/VCG)

NEW YORK -- Major US retail container ports are expected to see continued imports growth this summer as retailers stock up inventory to get ahead of higher tariffs, revealed a monthly global port tracker report released on Friday.

The report, from the National Retail Federation (NRF) and Hackett Associates, covers major US ports of Los Angeles/Long Beach, Oakland, Seattle and Tacoma on the West Coast, New York/New Jersey, Port of Virginia, Charleston, Savannah, Port Everglades, Miami and Jacksonville on the East Coast, and Houston on the Gulf Coast.

Jonathan Gold, vice president of supply chain and customs policy at the NRF, said retailers have been piling up inventory in order to "protect their customers as much as possible against the price increases that will follow."

"Tariffs are taxes paid by American businesses and consumers, not foreign governments," said Gold, adding that further escalation in trade disputes will make it much more difficult for retailers to avoid higher price tags on a wide range of products.

"It's time to stop using American families as pawns in negotiations for better trade deals," he said.

"The tariffs are offsetting much of the savings from tax cuts, and if this continues there could be tough months ahead," Hackett Associates Founder Ben Hackett said.

According to the report, US ports covered by the tracker handled 1.75 million Twenty-Foot Equivalent Units (TEU) in April, the latest month for which after-the-fact numbers are available. That was up 8.4 percent from March and up 6.9 percent year-over-year.